In receiving one of its largest donations, McGill University announced plans Friday for a new retail management school with global ambitions through a $25-million gift from the family foundation of a Moroccan-born immigrant who came to Montreal in the 1960s and built an international footwear empire.

The proposed school, which comes amid technology-driven turmoil in retailing, is expected to combine cross-disciplinary studies that tap on-campus expertise in artificial intelligence, psychology and business with a commitment to hands-on learning for students, starting in the fall of 2018.

"You can see there is a tremendous change [in retailing] from brick and mortar to the Web, e-commerce and mobile," says Aldo Bensadoun, founder of Montreal-based Aldo Group Inc., of the rationale for the gift (spread over five years) to his alma mater by the Bensadoun Family Foundation.

"As a consequence, retailers, no matter who they are, need to be very consumer-centric, and you need to analyze the behaviour of the consumer and try to follow him and make sure you offer him, whenever and wherever he wants, the product he is looking for."

In addition to new academic programming expected to roll out over the next four years, starting with undergraduate commerce in 2018 and later with new master and PhD studies, the school plans by 2020 (at the latest) to open an on-campus teaching and research lab located near the entrance to McGill's downtown Montreal campus, bringing together students, professors and retailers from Canada and abroad.

"The concept of the lab is really to get retailers to come with real-life problems and have students and researchers work with retailers and develop the tools of the future for the retail industry," says Isabelle Bajeux-Besnainou, dean of McGill's Desautels Faculty of Management. "We want the new school to be extremely rigorous but at the same time we want to incorporate real-life experiential learning from industry."

In addition to the school, the Bensadoun gift will be used to fund student scholarships, hire new professors and establish a research chair in retailing.

By design, the school expects to attract students from business and other faculties on campus to foster an interdisciplinary approach to the study of retailing, says Dr. Bajeux-Besnainou.

"In Montreal, there is a lot of push in artificial intelligence and neuroscience and that is directly linked to the retail industry," says Dr. Bajeux-Besnainou. Citing McGill's academic presence in architecture, agriculture, nutrition and sustainability, she adds, "We want to build on these strengths and they will be very important in the new school."

Of the new world of commerce, Mr. Bensadoun says, "It is not any more a question of accounting and finance; it is a question of philosophy, architecture, neuroscience and trying to understand the customer. It is [now] a question of artificial intelligence, analytics, sociology and anthropology."

In separate interviews, the dean and Mr. Bensadoun set ambitious goals for the proposed school as a global academic player.

With the Bensadoun foundation's donation as an "anchor gift" for future fundraising, Dr. Bajeux-Besnainou said, "We really want to engage the whole retail community, and that will serve as a catalyst to launch a truly international school that becomes the point of reference globally for what is the future of retail management."

His test for the school achieving global stature is what groundbreaking ideas emerge over the next two decades. "I would like to see the next Uber, Google or whatever is the next transformative technology coming out of that school," he says. "If in 10-20 years we have the next Elon Musk [a South Africa-born Canadian-American engineer and inventor], I hope it comes out of McGill."

Mr. Bensadoun, the son of a shoe merchant, was born in Morocco in 1939, educated in France and studied at Cornell University before transferring to McGill in 1961. "I was attracted here by the value of Canada and the multiethnic, multicultural society of Montreal," he says. In 1972, he founded the privately-held Aldo Group, which operates 900 retail stores in Canada and internationally. 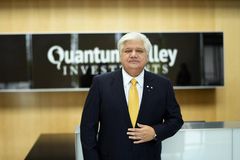 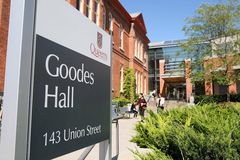 How business schools can create loyalty among alumni
May 11, 2017
Follow us on Twitter @globebusiness Opens in a new window
Report an error Editorial code of conduct
Due to technical reasons, we have temporarily removed commenting from our articles. We hope to have this fixed soon. Thank you for your patience. If you are looking to give feedback on our new site, please send it along to feedback@globeandmail.com. If you want to write a letter to the editor, please forward to letters@globeandmail.com.
Comments