Social impact bonds (SIBs) are coming to Canada, bringing with them the promise of stable, long-term funding for charities that are working to solve society's most-pressing social problems – from homelessness and poverty to supporting at-risk youth and refugees.

Poised for trial in Ontario, this fledgling form of financing is already being piloted in various countries, including the United States, Britain and Australia.

Under this model, private investors put up funding to public service agencies to deliver social programs. They are repaid as specified goals and outcomes are reached.

On paper, the bonds appear to be the definition of a financial "win-win." In an example laid out in a new research paper into SIBs from Cameron Graham, professor of accounting at York University's Schulich School of Business, an organization for reintegrating prisoners in society might be paid based on specified reductions in reoffence rates. Private investors in the bonds carry the risk, providing the up-front financing for the agency deemed necessary to "correct" prisoners, in the hope of winning financial returns.

The paper notes that proponents of the bonds say they promote innovation in social services and bring market forces to bear on service providers previously funded through government grants.

But there are also dangers lurking alongside this new financing tool, says Dr. Graham.

At first glance, charities and the people they help stand to reap rich benefits from much-needed new funding. But they also risk losing track of the very reason for existence as they become more and more adept at chasing SIBs.

"What you don't want to happen is to lose your focus because you get swamped in this. That would be a tragedy."

Dr. Graham's research began in 2012 and focused on St. Mungo's, a London-based charitable foundation that was, at the time, one of two service providers funded through social impact bonds.

Over years, the team recorded several unintended and, in some cases, unwelcome impacts on the charity brought on by their SIB participation.

For instance, St. Mungo's learned the hard way how performance measures attached to the bonds can run contrary to a charity's mandate. One such measure for instance agreed to by St. Mungo's ensured that it received funding for reconnecting homeless people to their country of origin.

"In other words, by getting homeless people sent back to where they came from, they would get paid more," says Dr. Graham. "That was just a really weird thing for them to agree to.

"That is such a loaded political value in there about xenophobia and the causes of homelessness. All this Brexit stuff."

Dr. Graham's paper is published in Accounting, Organizations and Society. It is co-authored by Christine Cooper of Strathclyde Business School in Scotland and Darlene Himick of the University of Ottawa's Telfer School of Management.

On a more esoteric level, the study also revealed deeper moral problems associated with the bonds.

In the St. Mungo's case, Dr. Graham notes, "The homeless person becomes a commodity – so if that person were to go and show up at the door of another charitable organization, they would get the cash flow. They become a valuable resource."

Dr. Graham says service providers can learn from the St. Mungo's experience by actively participating early on in the bond process – "then you have a fighting chance of making what you are doing on the finance side actually connected to the things that are important to you."

He adds that businesses or banks interested in investing in SIBs can also draw valuable take-aways from the study's findings.

"I would urge them to think about what they are asking of the charity they are getting involved in – are they doing what they are doing in a way that is going to shift the focus of the charity away from its work? Could the bank or big corporation help provide some of that expertise in a way that builds trust with the organization, instead of asking them to become experts in this kind of financing stuff?" he asks.

"There should be boundaries put in place: We are providing the funds and you are going to make all the good stuff happen."

The Ontario experiment into SIBs launched in 2014. The Ministry of Economic Development, Employment and Infrastructure website called for SIB ideas in support of youth-at-risk, housing and homelessness and employment opportunities for people facing barriers. Four ideas deemed of "high-potential" were selected from a field of 83, with plans to develop them further. There is no word, however, on when the ideas may head to market.

Through education, ‘the future is female’
July 20, 2017
How I pivoted from science to banking against all the odds
July 10, 2017
It was either an executive MBA or a lifetime of regret
February 4, 2015 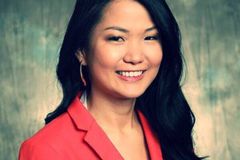