Case competitions typically take place over several hours or a few days, with teams from one school pitted against others in the same place before a panel of industry judges.

The new Morningstar Global Case Challenge, an example of the evolving design of case competitions, breaks convention in several ways.

The competition involves a consortium of six global business schools – Smith School of Business at Queen's University in Kingston and five others from Europe and the United States offering master in management programs.

Unlike most competitions conducted over a short period of time in one place, the Morningstar challenge takes place over 10 weeks in a virtual environment.

As well, teams do not represent a single school but are made up of students from the consortium members. Team members never meet face-to-face unless they make the final round in London this May. Managing time zone, cultural and other differences, the contestants have to offer solutions to a real problem – the disruptive impact of technology on Morningstar, a Chicago-based global investment research firm.

"It is such great preparation in an authentic experience to know what to expect in the workplace," Ryan Robertson, a master of international business student at Smith, says during an interview from Australia, where he is on mandatory academic exchange for his program.

Those selected for the challenge first had to earn top marks on a 48-hour business case problem posed by their home university last December.

In January, after getting the nod from Smith, Mr. Robertson was matched with two students in master of management programs at schools in Spain and Germany. His team meets virtually every week on three separate occasions: with each other, with an academic mentor from one of the schools, and with a representative of Morningstar.

"This would be the most genuine and realistic representation of the workplace," says Mr. Robertson. "Today, global organizations are required to work virtually and required to address challenges related to technology."

She says the mix-and-match makeup of the teams who meet only online "is the future of global work." Solving a real problem is key to the experience.

"Not only are the students getting the opportunity to present ideas at that level but they are also getting feedback from corporate people and networking globally with students at other top business schools," she says. "There is no end to the benefit."

While working on the not-for-credit challenge, Mr. Robertson is completing elective courses and a research project at the University of New South Wales.

While in Australia, he is also working virtually on another global business consulting project, a mandatory part of his degree, with Smith classmates also scattered around the world on exchange.

"One of the biggest things [I have learned] is the difficulty of working in a virtual setting," says Mr. Robertson, a Smith commerce graduate. "People very much underestimate [it]."

Set to graduate this August and eyeing a consulting career, Mr. Robertson says the Morningstar challenge is an asset for his résumé. "When you have done this, you have an edge," he says. "It is important to leverage that."

In April, a panel of judges selects the two top teams, which then face off, in person, in London, in May to present their findings to Morningstar executives and judges. 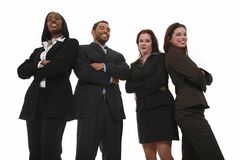 The top prize at case competitions is a job 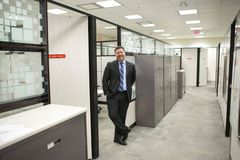