At the Queen's Entrepreneurs' Competition, held Jan. 19-21 in Toronto, 16 teams from 14 universities in five countries were vying for top honours as developers of innovative and sustainable business ventures. At stake was $25,000 in prize money, team pride and business-school reputation.

Students are front and centre at this event, managed by a team of undergraduate commerce students from Queen's School of Business. Students are also the focus of other long-established national competitions held earlier this month, such as the Jeux du commerce (for undergraduates and hosted by Laval University this year) and the MBA Games (hosted by University of Alberta school of business students), whether as organizers or participants. And preparations begin a year in advance as students put in long hours to be battle-ready.

It's not just fun and games (though success in scavenger hunts and team sports counts towards victory) as teams present serious business cases. In the process, students gain insights about themselves, learn to work with others and make cold calls to sponsors, all relevant to their future careers.

Queen's fourth-year commerce student Katherine Wong Too Yen, one of two co-chairs of the Entrepreneurs' Competition this year, knows exactly what she has learned after four years as a volunteer.

"Time management, absolutely," says Ms. Wong Too Yen, who heads into a job in sales and marketing after graduation this spring. "A lot of companies are moving towards working in teams rather than silos," she observes. "I've learned how to schedule team meetings on the fly...it has certainly helped me to be more productive and max out the few hours we have in the day."

Increasingly, students and their schools are leaving less to chance in their quest for victory.

This year, a 94-member team of students from the University of Ottawa's Telfer School of Management took the over-all trophy in the 13-university Jeux du commerce, snagging the Academic Cup (a major component of the over-all prize) for an unprecedented fifth year in a row.

Team president Yannie lou Cyr, who is completing her degree in business and accounting, credits the dedication of students who put in an extra 15 hours a week since last September to train for the games.

But she also singles out Prof. Hantz Prosper, who teaches a for-credit course on business case preparation introduced five years ago. He constantly switches the make-up of case teams in his class so students, many of them competing in the Jeux du commerce, learn to work with different partners. He also gives them a wider menu of cases than students would likely find in a competition.

"I tell them 'I teach you to run a marathon so you can run the 10 k during the JDC [Jeux du commerce]" he says. "I try to teach them winning thinking."

Ms. Cyr says his strategy paid off for her. "Before that class, I was super-shy," she says. "Now I can present anywhere."

Telfer dean François Julien says the consistent wins by his students, backed by faculty and alumni, have raised the profile of the school. "Every year we get better and better candidates because of our success," he says. "This attracts excellence."

One measure of the growing importance that business schools place on competitions is the move by McMaster University's DeGroote School of Business to rethink its curriculum. After a 2010 report by students, faculty and alumni, the school introduced a for-credit case competition preparation course similar to the one at Telfer.

"It showed that it is important to the school, that we believe in case methodology and that we do support the students going forward to these different competitions," says Milena Head, acting director of DeGroote's MBA program. "We want to recognize the students' efforts and set them up for success."

Fresh from their clean-sweep victory at this month's MBA Games (three sub-categories and the top prize), DeGroote student team co-chairs Renee Lachance and Alex Paton were still recovering their voices as they reflected on their winning strategy.

"A year ago, Alex and I sat down and decided that we have amazing students at DeGroote and we can win this next year," says Ms. Lachance, who graduates from her 28-month co-op MBA program this spring. "It was a long goal, but we got everyone's support and buy-in."

One big challenge was to find sponsors to defray the cost of sending a 40-member team to Edmonton. For both Ms. Lachance and Mr. Paton, it meant stepping outside their comfort zone to make cold calls. They approached one local CEO who, though initially skeptical, cut them a cheque for $10,000.

Both students see DeGroote's victory at the MBA Games as a way to promote a lesser-known business school.

"It helps DeGroote and our image to see that we can go toe to toe with these larger business schools," says Ms. Lachance.

There won't be too much time for DeGroote business students to bask in their glory. Snagging the MBA Games trophy means playing host next year – with preparations starting now. 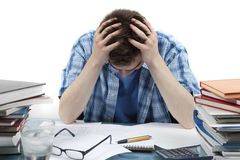