The Globe's bimonthly report on research from business schools.

High-stakes decision making in the boardroom can sometimes feel like a matter of life and death. In an operating room, that is actually true.

It's that added element of extreme pressure that inspired business researchers at Queen's University in Kingston to focus on surgeons in a new study examining positive and negative leadership behaviours, and their subsequent impact on how colleagues are able to function as a team.

Leadership is a well-examined topic. But much of the research around behaviour styles to date is drawn from corporate settings, with "precious little" relevant to surgical environments where effective leadership is literally critical, Julian Barling, study author and Borden Professor of Leadership at the Smith School of Business, says in an e-mail.

An encouraging style might include picking people up and making them feel they can do more, while a destructive style could include putting people down through abuse, excessive criticism or control.

In focusing on both styles, researchers were looking to capture as broad a perspective of leadership as possible. Previous studies have tended to focus on a single behaviour, says Dr. Barling, likely because "most people adhere to the belief that we all have a single idiosyncratic style of leadership."

But, in practice, that just doesn't match reality, he notes. "Even the best leaders have a bad day, and even destructive leaders sometimes do kind things."

Researchers drew from the findings of trained observers who attended 150 operations at an unnamed tertiary care hospital. There, they recorded the leadership styles of the surgeons present. Surgical team members, including nurses and anesthesiologists, were also asked to rate their team's cohesion and ability to overcome challenges.

Turns out, expressions of negative leadership have a greater effect on a team than the positive. That conclusion held true even though there were fewer negative behaviours than positive during the monitored surgeries.

The findings are in line with a classic academic paper, by U.S. social psychologist Roy Baumeister, which determined that "bad is stronger than good."

"As a result, negative impressions based on abusive or overcontrolling leadership behaviours are likely to overwhelm any positive behaviours such that we are so focused on and perhaps hurt by the negative, that we might not even notice the positive," says Dr. Barling.

The study did find one particularly surprising conclusion, however.

"By the time the research was completed, we realized that, although we initially viewed the operating room as an extreme context, surgeons don't," he says. It's just their workplace.

Researchers say the study is not intended to speak to how OR teams are assembled. Instead, the hope is to encourage nursing schools, medical schools and residency programs to move beyond a strict technical focus in medical training and include training in "soft-skill" areas such as situation awareness, decision making, communication, teamwork and leadership.

The researchers are now looking to broaden their leadership examination in future studies to include other players in the OR.

"After all, leadership by nurses, anesthesiologists and surgeons alike is so critical in high-stakes environments like the operating room," says Darren Beiko, a urological surgeon at Kingston General Hospital and study co-author, along with Amy Akers, a former Smith PhD student and now with Deloitte Canada.

The study is published in The American Journal of Surgery.

Story ideas related to business school research in Canada can be sent to darahkristine@gmail.com. 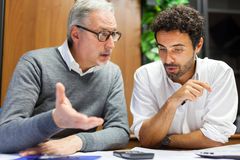 It takes a team to solve a business problem
October 12, 2016
How new leaders can gain trust and respect
December 20, 2017 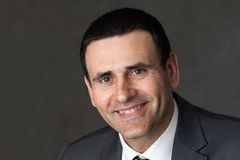