New research from the University of Toronto gives insight into why low-income communities can breed strong entrepreneurship, but often lack the time and capital to make new, novel businesses sustainable.

A forthcoming paper by Laura Doering, an assistant professor of strategic management at the university's Rotman School of Management, attempts to parse two seemingly conflicting themes in entrepreneurship literature: that poverty has the ability to help market creativity, and that it has the power to do just the opposite.

By combining extensive survey data with on-the-ground interviews in Panama, Dr. Doering's research suggests that both these themes are at play – but at different stages of a novel product's life cycle. She found that, in the face of personal financial crises or a need to migrate elsewhere, people can be compelled to create novel business ideas, but have difficulty keeping them going long enough to sustainably profit.

The research indicates that poverty "limits entrepreneurs' capacity to profit from the creativity they bring to the marketplace," as creative ideas get stifled by a lack of funding and slow uptake by local consumers, who also tend to be poor, and reluctant to try new things. In clarifying the gap between two disparate schools of thought, Dr. Doering examines the reasons low-income entrepreneurs' prospects change over the course of business development, and offers an opportunity to governments and funding bodies in impoverished markets to create more effective policies and programs to support novel businesses.

"In an ideal world, I think it would be great if we could support low-income entrepreneurs in vetting and developing ideas, because so many are under this real-time economic crunch to get businesses started," she says of her research's implications. The paper will be published in Sociology of Development in the coming months.

Dr. Doering is perhaps uniquely equipped to examine low-income entrepreneurship. Literature on creativity in the marketplace, she says, is generally published in the management world; research on poverty and social constraints tends to fall into the realm of sociology. Coincidentally, she has a joint doctorate in both sociology and business administration. "Those two lines of research don't often connect with each other," she says.

She was in Panama on a Fulbright Scholarship in 2011 when she began interviewing local small-business owners. "The more I talked with people, the more I was puzzled by the fact that everyone seemed to be doing the same thing," she says. Over time, she realized that these entrepreneurs had started with more creative ventures, "but over time, had regressed back to the mean, and were doing what everyone around them was doing."

After interviewing 41 low-income entrepreneurs, she decided to compare that research with a 2009 survey of 2,000 Panamanian adults conducted for the Global Entrepreneurship Monitor. The survey offered her a national-level snapshot of the country's small-business world. It found that low-income individuals were regularly able to start novel businesses but weren't always able to follow through and establish them in the long-term.

The survey alone couldn't explain exactly how this happened. This is where Dr. Doering's qualitative interviews came into play, helping to clarify "the processes through which poverty facilitates and then constrains market creativity." Her interviews – with people whose businesses ranged from Internet cafes to organic agriculture consultancies – gave her a much better sense of why so many low-income Panamanians' endeavours failed to take off.

First, it turned out, there was a rush: The urgency to profit actually hindered the ability to profit. Since many businesses were started in the advent of personal financial strain, there was little time to vet the business models' sustainability. And there wasn't much access to capital to help out – Panama's financial system doesn't have the infrastructure to easily facilitate money transfers between friends and family, for instance.

Plus, "It takes a long time for consumers, poor consumers in particular, to be willing to try something different," Dr. Doering says. "One of the reasons why poor entrepreneurs weren't able to sustain the businesses they brought to market was because they didn't have the funds to keep the novel products around while consumers were becoming familiar with them."

One, she suggests, would be to provide cash grants, rather than loans, to entrepreneurs who are able to demonstrate their business is both novel and strong. And accompanying that, she says, countries such as Panama could develop targeted incubator or accelerator programs to help novel businesses become more sustainable.

"People can show they have the initial seeds of a good idea," she says, "then they could get the capital to start, and work with mentors and business development experts to help them refine that idea." 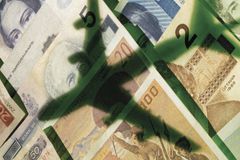 Left-brained people can be entrepreneurs, too
February 9, 2016 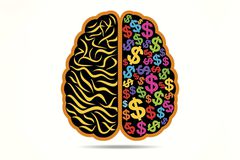 Why this serial entrepreneur finally went back to school
November 17, 2015
Follow Josh O’Kane on Twitter @joshokane
Report an error Editorial code of conduct
Due to technical reasons, we have temporarily removed commenting from our articles. We hope to have this fixed soon. Thank you for your patience. If you are looking to give feedback on our new site, please send it along to feedback@globeandmail.com. If you want to write a letter to the editor, please forward to letters@globeandmail.com.
Comments