It makes sense that a big company with a strong bank account and reputation for moral behaviour would do everything in its power to maintain that standing among its elite peers.

Right? Not so, according to a recent study from Rekha Krishnan of Simon Fraser University's Beedie School of Business in Burnaby, B.C. Dr. Krishnan and SFU co-author Rajiv Krishnan Kozhikode, who is also her brother, found that the opposite can be true in organizations with the most to lose.

The study, published in the Academy of Management Journal, examined corporate deviance committed by commercial banks operating in India, from incidents of illegal loan recovery practices to threatening and verbal abuse of customers who default on loans – "anything that is not considered legal," says Dr. Krishnan, who is currently a visiting scholar at Stanford University in California.

Included in the study were both domestic Indian banks and multinational brands.

The study expands on previous research that found high-status organizations suffer heavy penalties when they are caught engaging in illegal activities, with others of the same standing disassociating themselves from the offenders when they behave in an undesired way.

The common sense belief is that top banks would want to avoid that kind of penalty because they have much more to lose than lower status organizations.

"They don't have the need to engage in illegality and yet they do," says Dr. Krishnan.

The research posits that the sense of security enjoyed by elite organizations has been greatly overestimated. Many are so eager to maintain their reputations that they will engage in deviant behaviours – even acts of illegality – out of fear that they may not be able to meet the expectations of associates and shareholders.

However, when a bank's business partners placed greater emphasis on corporate social responsibility, it minimized a bank's tendency to resort to illegal loan recovery practices.

"What we can say from this is … if you want your associates to be clean, you must very clearly signal to them that you care about integrity," she says. "They will take it seriously, too."

Although the study focused on institutions in India, the findings can be applied to organizations around the globe, Dr. Krishnan says.

An explanation for the Volkswagen crisis

In the fallout from the 2015 Volkswagen crisis, in which the German car brand was caught rigging emissions tests, it's tempting to believe that the company's entire staff was part of a massive and deliberate effort to deceive the public.

But Alain Verbeke, the McCaig research chair in management at the University of Calgary's Haskayne School of Business, attributes the crisis at Volkswagen (and other companies that experience internal breakdowns) to just a few bad apples.

In a study co-authored with his Haskayne colleague Liena Kano, Dr. Verbeke challenges commonly held philosophies (in both business and business schools) that suggest people are either driven by self-interest and must be carefully monitored to curb bad behaviours or they can be taught to be unwaveringly loyal through coaching, team and other corporate rewards.

Both theories are flawed, they argue.

The researchers instead favour a third philosophy: one that suggests that most people, teams and organizations are inherently reliable – but in a strictly bounded way.

"In less than 10 per cent of cases, bad decisions or a crisis are triggered by opportunism or self-interest," says Dr. Verbeke.

Rather, their study found, in most cases (up to 90 per cent), when people don't do what they say they will do, there are only a few reasons why – including all-too-human foibles such as procrastination, overcommitting to projects or tasks, and a tendency to revert back to behaviour linked to our sense of identity.

With that in mind, the researchers say companies can better manage the workplace by removing motivation and emotion from the equation. Instead, they should employ specific management practices (outlined in the paper) designed to put a stop to the undesired behaviour, such as investing time and effort in multilevel goal-setting, frequent goal achievement reviews, inter-unit communication and higher "visibility" of top management.

They believe if you follow the system carefully, it will save managers a lot of unnecessary frustration.

"When you think about the managers that you might talk to, they would tell you that they get angry a lot from a professional perspective because people don't do what they said they would do … but we think that is an unproductive way of going through the work day," says Dr. Verbeke.

Done right, Dr. Verbeke says the system may be enough to spare even the most challenged company from disaster.

"I do think if you have that full panoply of that full system in place, something like the Volkswagen crisis would not have occurred," he says.

The study examining the microfoundations of management theory was published in the California Management Review.

Retailers behind bricks-and-mortar shops are often made to feel like they are losing the battle for consumer preference to e-commerce sites. But new research from Onur Bodur, a marketing professor at Concordia University's John Molson School of Business, indicates that shoppers are still willing to buy at stores in person – but after they've gone online to compare prices of a particular product or brand.

In a study published in the Journal of Retailing, Dr. Bodur and his co-authors (Noreen Klein from Virginia Tech and Neeraj Arora from the University of Wisconsin-Madison) tracked the shopping habits of consumers and, specifically, how Internet price comparison sites (PCS) such as Shopzilla and PriceGrabber influence their consumer behaviour offline.

"We asked: How would PCS retailer ratings impact in-store price evaluations? Do consumers really believe super-low online prices are obtainable?" says Dr. Bodur in a media release from the university.

The study posits that consumers increasingly rely on Internet price comparison sites to help them judge the validity of prices they may encounter later as they shop in local stores.

But it's not just the price tag associated with a particular brand or item consumers are paying attention to; shoppers are also influenced by how often a product is offered at the same price, and the perceived reliability of the price-comparison site itself.

That adds up to good news for bricks-and-mortar retailers, say Dr. Bodur, noting shoppers aren't necessarily persuaded to buy even when they find the item they want at the lowest price.

Instead, they are more influenced by prices associated with highly rated online retailers.

"That's because their prices are perceived as more valid and therefore have greater impact on subsequent price evaluations," he says.

For traditional retailers, the message is clear: If they want to compete in the e-commerce ecosystem, they must keep careful watch over the online price comparison sites and match their own prices with those that are considered to be the best.

When there is little variation in PCS retailer ratings, Dr. Bodur says offline retailers should focus on the prices that occur frequently in online searches, and not just the lowest price. 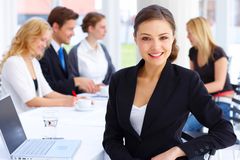 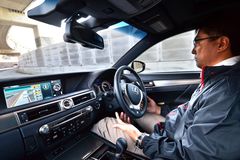 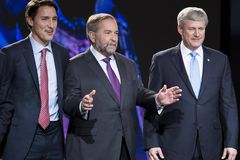