Six years ago, while studying engineering at the University of Toronto, Peru-born Ines Fernandez showed up at the wrong career fair.

It would turn out to be a rewarding mistake that opened doors to a career in banking and ultimately led to her current decision to pursue an MBA.

Now she just has to figure out where to pursue her studies. To help with the decision, she plans to attend a women-only MBA fair on Sept. 11 in Toronto.

Sponsored by Forté Foundation, a U.S.-based consortium of companies and business schools that encourages women to earn a business degree, the one-day event offers advice, networking and access to 36 MBA schools from Canada, Europe and the United States.

Ms. Fernandez attended the event last year to explore her interest in an MBA. This year, with her score in hand from the Graduate Management Admission Test, she plans to meet some of the schools on her shortlist.

"That's the beauty of going to events like Forté," says Ms. Fernandez, a process transformation manager at Bank of Montreal. "It gives you [access to] local schools and everyone else around [the world]."

At 29, having earned several job promotions, Ms. Fernandez says there is temptation to put off returning to school. But she's determined to pursue an MBA now, convinced it will pay dividends later for her banking career.

Female participation in business schools continues to rise – though women still make up just 30 to 40 per cent of classes – with some business schools aiming for gender parity. In addition to annual fairs like those in Toronto, London and a dozen cities in the United States, Forté offers coaching and other support to help women assess their MBA ambitions.

"A lot of the time they [women] feel they don't have the right background and math skills and feel like they will drown in a program," says Christal Agostino, a Forté fellow who graduated from Queen's University School of Business in 2011 and a panelist at the Toronto event.

A senior strategist for luxury and lifestyle brands at Spafax, a global content marketing firm, Ms. Agostino says women should take time to evaluate the merits of an MBA.

"If you don't take the time to do this for yourself nobody [else] will," she says. "If you have a gut feeling this interests you and that you feel you need to do it [the degree], listen to that gut feeling."

York University's Schulich School of Business is the latest to offer a specialization in the sector – in this case a global retail management concentration within the MBA program.

Since 2007, the University of Alberta School of Business has offered a retail stream for MBA students, with undergraduate commerce students able to specialize as well. Ryerson University's Ted Rogers School of Management offers a concentration in retail and commercial real estate development for the global MBA program.

At Schulich, adding retail to its long list of industry-specific concentrations comes amid enormous industry upheaval and an intense focus on data as a tool to identify customer preferences.

"We hope some of our graduates will go to some of the major international retailers who are interested in expanding to Canada and that they will also be able to help Canadian companies serve Canadians better," says Prof. Kozinets.

A specialty business program at the University of Victoria's Gustavson School of Business has been recognized for its success in working with industry and government to train aboriginal entrepreneurs.

Gustavson's Northwest Aboriginal Canadian Entrepreneurs program, developed by business professors in collaboration with aboriginal leaders, businesses in British Columbia and Service Canada, was cited by the Industry Council for Aboriginal Business, which promotes aboriginal-industry economic development and relations in B.C.

The program is delivered over five months through a combination of intensive classroom instruction and industry mentorship. Gustavson professors travel to Prince Rupert, B.C., to deliver the curriculum so students don't have to leave home to learn how to start their own businesses.

An initial cohort of 14 students graduated earlier this year, with 40 to 45 per cent of them actively engaged in starting a business.

Northwest B.C. is home to a significant aboriginal population and the site of an estimated $60-billion of economic development projects.

"There is a real opportunity to change the lives of everybody in northwest B.C., aboriginal and non-aboriginal, if deals are done in the right way," says Brent Mainprize, the professor who developed the curriculum. 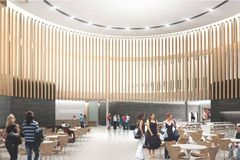 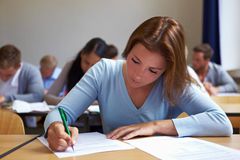 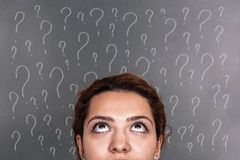 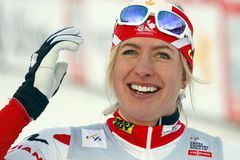 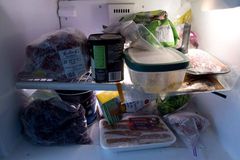 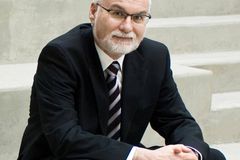