As many of us know only too well, getting by with less-than-optimal sleep can be a daily struggle, whether it's because of work, children or any number of other reasons.

Emily Naing has certainly had her own struggles in that department. As a Grade 11 student in Vancouver determined to get into university, she was taking a heavy course load, juggling classes during the day and at night school in an effort to make the grade.

But something had to give, and so she tried to get by on two to three hours of sleep a night.

"If you had told me at that time that I had to give myself eight hours of sleep, I wouldn't do it," she says. "I couldn't do it; I had so many things to do."

In talking to five female classmates in Young Entrepreneurship Leadership Launchpad, a program in which she was involved at the time, she realized many of them were also experiencing the same sleep deficit, so collectively they came up with an idea.

They decided to focus binaural beats, a form of sound which is created when two frequencies are played into each ear, the combined effect creating the illusion of a third tone. The idea is that the sounds help to relax the brain, coercing it into a state of deep calm and allowing listeners to get to sleep faster, as well as spending more of their sleep cycle in restorative and rejuvenating deep sleep.

Out of that, the group formed a startup called Swave, which is currently working on a device to help users benefit more from their time sleeping. With the technology still in the research-and-development stage, the startup is also crowdfunding, and is working with psychologists and different hospitals to test the product.

In the meantime, the 18-year-old Ms. Naing enrolled at the University of Toronto last fall, where she is studying for her bachelor of commerce in finance and economics.

Though she describes her studies as "eye-opening," adding that they are much more practical than she thought they would be, given her entrepreneurial background, she finds that they lend much more perspective to her learning.

"I think that because I've had Swave … and gone through the process of starting a company, I'm able to look at things and analyze paths and then predict the future, as well," she says.

When she started Swave, she admits that she didn't have solid financial foundations, from creating a balance sheet to knowing the difference between debt and equity financing.

"Now that I'm in business school I'm realizing that unless I have strong fundamentals I cannot have a crazy idea because I'm just going to fall over," she says.

"… I need really solid foundations to fall back on in case something ever goes wrong or we need to pivot with the idea."

Though she plans on continuing in the entrepreneurship field with Swave once she is done school, she understands that the path to becoming an entrepreneur and thriving as one isn't always in a straight line.

"Obviously entrepreneurship is a hard career to declare," she says. "It's not something you say, 'I'm going to be an entrepreneur.' It's something I'd like to keep going at, but I need to have a backup plan, of course."

While she has found the entire entrepreneurship community to be welcoming to both her and her co-founders, she understands it has traditionally been a male-dominated field. But to her, it's no barrier. Taking part in the She For We conference in Vancouver last year, Ms. Naing sat next to British Columbia Premier Christy Clark, and was proud to tell her of her experiences. 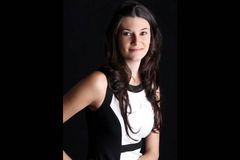 Study shows the power of entrepreneurship training programs for women, minorities
April 14, 2017
Follow Paul Attfield on Twitter @paulattfield
Report an error Editorial code of conduct
Due to technical reasons, we have temporarily removed commenting from our articles. We hope to have this fixed soon. Thank you for your patience. If you are looking to give feedback on our new site, please send it along to feedback@globeandmail.com. If you want to write a letter to the editor, please forward to letters@globeandmail.com.
Comments