Too often, entrepreneurship is seen as a sandbox for men, not women.

Just 18 per cent of Canadian small businesses are owned by women and 9 per cent of medium-sized firms are led by women, according to federal government data.

Upending assumptions about who is or could be an entrepreneur is the goal of a summer boot camp for high-school girls run by Brescia University College, a women's institution at the University of Western Ontario in London, Ont., with funding over the past two years from the Ontario government.

"Young women think that entrepreneurship doesn't fit their personality – that you have to be mean and bald," says Colleen Sharen, an associate professor of management and organizational studies at Brescia. With few female entrepreneur role models, she adds, "women are less likely to believe they have the capability to start a business."

In June, Brescia wrapped up a three-day entrepreneurship "boot camp," one of several run since May for high-school girls across the province. Guided by instructors and mentored by female entrepreneurs, 21 participants broke into teams of three, with four days to generate an idea and assess it before presenting to a panel of local entrepreneurs.

Caroline Harmer, Natalie Thuss and Erica Siu did not know each other prior to coming to the camp but quickly settled on a creative idea: a portable hair dryer for camping trips and other venues with no easy plug-in options.

Ms. Harmer, who is completing high school, works as an apprentice plumber and runs her own babysitting service, sees potential to run her own plumbing business.

"I think there is a huge market in older women who don't feel comfortable with a bunch of guys coming into their homes," she says.

Ms. Thuss plans to become a lawyer, eventually opening a practice focused on adoption and foster care. Ms. Sui says her parents urged her to attend the camp. "They thought it was a really good opportunity for me to open up some career paths to whatever I choose."

Over several days, teams had to identify potential customers for their product or service, approach strangers on campus for feedback and put together a PowerPoint presentation for the judges.

Instructor Carol-Ann Smith, who has started several companies, says the boot camp sheds light on what it means to be an entrepreneur.

"This past week has been about how quickly you can get them to think about a business, dream about being an entrepreneur and to be able to say, 'This could be you: Why not you?'"

Appearing before the judges, the team of Ms. Harmer, Ms. Thuss and Ms. Siu opened a suitcase filled with hair dryers and tangled cords to demonstrate the market appeal of a cordless tool with a rechargeable battery. The team won top prize for best idea.

Later, Ms. Thuss summed up her experience. "It's really been eye-opening to see the different aspects of being an entrepreneur and to learn all the aspects that go into making a company."

"By providing the girls with role models and an opportunity to experience with entrepreneurship, it is really shifting their perceptions of entrepreneurship as a potential career."

The Association of Chartered Certified Accountants, founded in 1904 in Britain, has 178,000 members (and 455,000 students) in 181 countries. But the accreditation body is not well known in Canada.

That may begin to change with a new partnership between ACCA and York University's Schulich School of Business in Toronto.

As of September of 2017, accounting-focused MBA students and those pursuing a master of accounting will have a fast-track option to take the necessary exams to earn ACCA credentials. A similar arrangement exists between Schulich (and other business schools) and the Chartered Professional Accountants of Canada.

"It's to provide choice for students," says Marcia Annisette, director of Schulich's master of accounting program. In future, students can tailor their Schulich courses to cover what they would otherwise have to prepare for ACCA exams. "We don't want students to have to repeat content they already have done," she says.

ACCA officials vetted Schulich's curriculum to ensure a broad match with the association's own education prerequisites for its professional designation exams. (Graduates must work for three years in the industry before full ACCA membership.)

"I can't tell you how ecstatic we are about this [partnership]," says Suzanne Godbehere, head of ACCA Canada, which has 3,000 members and 1,200 students. "There is an uphill battle to raise awareness of a credential that is not well known."

Ms. Godbehere hopes to negotiate similar partnerships with other business schools. "We believe there is a market for international students who are returning home and/or local students who would want some breadth in being able to work internationally."

Botswana-born Pritpal Gill, who joined Canadian Imperial Bank of Commerce after graduating with a Schulich MBA in 2015, earned his ACCA designation before coming to Canada.

"It was the main accounting body in my country," says Mr. Gill, who also has his CPA in Canada and is in the process of earning his designation as a chartered financial analyst. Schulich-ACCA agreement is a "win-win," he says, with potential to boost Schulich's profile and expand professional networks for students.

Editorial note: Pritpal Gill has his CPA designation in Canada, rather than being in the process of studying for it as stated in a previous version of this story. This is the corrected version.

Laurier initiative to separate the strong startups from the weak
July 8, 2016 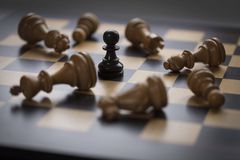 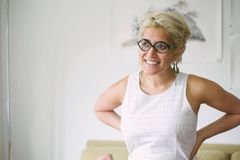 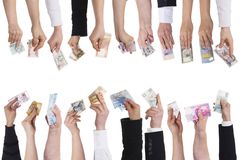