The following is an excerpt from The Well-Spoken Woman: Your Guide to Looking and Sounding Your Best, by Christine K. Jahnke.

The idea is to write so people hear it and it slides through the brain and goes straight to the heart.

The audience of Washington power brokers was all abuzz with anticipation for the evening's guest speaker, the latest in what was billed as the nation's most distinguished speaker series. Previous gatherings had featured such luminaries as Mikhail Gorbachev, Desmond Tutu, Margaret Thatcher, and Walter Cronkite holding forth on achievement and leadership. When Maya Angelou strode across the stage, she was a resplendent figure in a white satin gown that glowed in the soft lights of the darkened performing arts center. As Angelou gazed out on the plush seats filled with VIPs from the White House, foreign embassies, and halls of Congress, she tilted her head slightly, paused, and began to sing.

It was an unconventional opening for a most conventional crowd. For Angelou, the performance was characteristic of what she had been doing since first taking the stage as a twenty-something calypso singer in a San Francisco cabaret in the 1950s. As she has done countless times before in a myriad of settings, Angelou mesmerized the audience with rich, melodious words that flowed like warm chocolate. She lives the power of words, and they are her central focus whether she is performing on Broadway or delivering a presidential inaugural poem. Angelou says she is driven to take words, the most common things, and bring them to new life: "[I]rearrange them so they come out fresh. Arrange them in one way and make people weep. Arrange them in another way and make them laugh. Ball them up like that 'snap' and throw them up against the wall and make them bounce."

Angelou's relationship with words began early, and like any liaison, it has been tumultuous as well as joyful. As a child, she feared words, believing them to be the cause of terrible harm, and didn't speak for years. While her tongue was silent, the words on the pages of beloved books served as a refuge from pain. Self-educated, she read everything she could get her hands on. During the years she raised her son on her own, words provided a paycheck that put food on the table. Angelou's words now provide sustenance to the millions who have read her six volumes of autobiography, multiple children's books, plays, poetry collections, and Hallmark greeting cards.

Maya Angelou exemplifies the "phenomenal woman" she describes in one of her most acclaimed poems. Indeed, when she enters a room, it is "just as cool as you please." There is a bit of a swagger to the elocution and vocabulary, but the words are not bandied about in an impulsive manner, as she knows firsthand how they can hurt as well as heal. When she is writing, she devotes her whole self to the effort, allowing everything else to shut down. Angelou is well-spoken because she is well-written. It is nearly impossible to say something well if you cannot write it well first. Angelou has committed her life to saying things well: "Use the language, men. Use the language, women. That is the only thing that really separates us from the rats and the rhinoceros. It is the ability to say how we feel. 'I believe this.' 'I need this.'"

WHY PUTTING IT IN WRITING MATTERS

The ability to write a speech may seem like a superfluous skill when Twitter® messages and television sound bites create immediate impact. Why spend time laboring over paragraphs and transitions when PowerPoint® bullets will get you through the meeting? Technology has the advantages of being easy, fast, and direct. Then, there are the occasions when what you say really matters. An awards ceremony is an opportunity to publicly thank the people who believed in you more than you believed in yourself. Expressing gratitude requires and deserves more than 140 characters or 20 seconds. In a wired world, giving a talk remains the most fundamental means to express yourself in a meaningful and thoughtful way.

The process of speech writing can be intimidating because what works is different from other forms of writing. The best speeches are written not to be read but to be heard. A speech that reads beautifully may not speak well. Most writing is done for the eye. With a written text, the reader sees the chapters, paragraphs, and sentences. Punctuation helps the reader understand the author's intent. Periods and exclamation points clarify meaning, while question marks and commas add nuance.

A speech, on the other hand, must make sense to the listener even though the listener has no visual cues. Once the words are spoken, they are gone. It is up to the speaker to fill in the blanks with a structure that is explicit and easy to follow. Verbal and vocal signposts are needed to signal transitions. Some of the grammar rules from English 101 work against the speechwriter. This is not an excuse for sloppy writing or incomplete thoughts. It means that speech writing is different from our usual writing.

From The Well-Spoken Woman: Your Guide to Looking and Sounding Your Best (Prometheus Books, 2011). Reprinted by permission of the publisher. 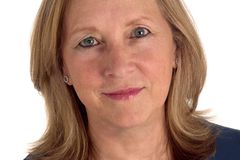 Get the right things done by admitting to the wrong things
September 28, 2011 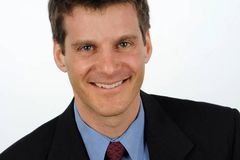 Was greed to blame for the global recession?
September 15, 2011
Follow us on Twitter @globe_careers Opens in a new window
Report an error Editorial code of conduct
Due to technical reasons, we have temporarily removed commenting from our articles. We hope to have this fixed soon. Thank you for your patience. If you are looking to give feedback on our new site, please send it along to feedback@globeandmail.com. If you want to write a letter to the editor, please forward to letters@globeandmail.com.
Comments