If you feel overwhelmed by the whirl of life, concerned that you aren't spending sufficient time with friends or loved ones, and fearful that work-life balance is eternally elusive, you may want to think about your car's gear box. It seems like an odd juxtaposition but consultants Jeremie Kubicek and Steve Cockram argue in their book 5 Gears that being productive and in better balance is within reach if you imagine life as similar to a stick-shift gear box.

"Most people are in the wrong gear at the wrong time," Mr. Kubicek, who lives in Oklahoma City, said in an interview.

The manual transmission allusion offers a metaphor for understanding where you are out of sync, enabling you to discuss it with others and rejig your life so you can harmonize better with co-workers, family, and others. The five gears are:

First gear: This is for recharging, and a big issue is understanding how you do it best. Introverts and extroverts recharge differently and that can be difficult for extroverts, Mr. Kubicek notes, since the prevailing mythology is that seeking solitude or lying back with a book is the ideal way to rejuvenate, while outgoing people accomplish that best when mixing with others.

Second gear: This represents connecting with family, friends or colleagues. "When you have these moments, it's the spice of life. But if you're stuck in second gear, you may not be productive," he said. Often, of course, this is a gear we wish we spent more time in.

Third gear: This is a social space, when we're in work mode but socializing with others, shooting the breeze over coffee about weather, sports or upcoming vacation. In effect, it's the space between task-driven work and being with family and close friends. "A lot of people think it's a waste of time. For introverts, it's a space they feel uncomfortable in. But it's vital. All business is done in third gear," he insists. And if you're no good at it, people sense that awkwardness, and avoid you.

Fourth gear: This is the world of multitasking, e-mails, phone calls, meetings and endless interruptions. Our world is essentially a fourth-gear domain and it becomes so addictive we feel out-of-sorts when not in this mode. If we don't manage it well, fourth gear can take over our lives and rob us of some of our humanity. He has found that before a meeting he needs to consciously downshift so that he is capable of connecting with others rather than looking at his screen while others are talking.

Fifth gear: This is the focus mode, when we're at one with our work – in the zone. It's when computer programs get developed, projects completed, and books written. But it can also be addictive, leading to isolation from others and workaholism. We can be happily in fifth gear, missing our child's soccer game.

If you have driven a manual transmission, you know there's one more important gear: Reverse. And despite the title of their book, they include that sixth gear. Here's it's when we respond to others, encountering resistance and having to back up or apologize. It requires humility and a knowledge of how to say sorry when required. It's an important gear for success and he advises: "Hire responsive people. Fire resistant people."

Too often, we're in fourth gear, pining for fifth. First and second gear can be elusive. In particular, we fail to find time for first gear or do it the wrong way.

He recommends ranking the gears in your own life. Which do you use the most? Which gear is the least employed? What is the normal gear order, in terms of total usage and parts of the day? Reflect on what this exercise has revealed. Why is your highest gear the one you have chosen, and is it a good choice? Why does the lowest gear lag behind? Make a list of three things you would like to change about your gear order. Also, contemplate your gear order when stress strikes, and what that suggests. Then with a friend or spouse, review your calendar and figure out what gears you should be in through various parts of the week.

You need to be mindful of gears during the day. There's a bridge two miles from his home and when he reaches it after work he studies what gear he is in. If he is still stuck in fourth gear, he reminds himself it's time to downshift, and prepare for the second shift life.

You also may want to share this metaphor with family and workmates. If he arrives home in fourth gear, his wife will hold up two fingers to remind him where his mind is supposed to be. "It's not nagging. It helps me to adjust," he says. Similarly at work, somebody surreptitiously reading e-mails during a coffee klatch in the cafeteria could be reminded it's third gear time.

Improve your gear shifting and it will smooth your drive through life.

Huddle up! Seven minutes a day that will change your company
May 15, 2018

Female executives discuss their different view from the top
May 15, 2018 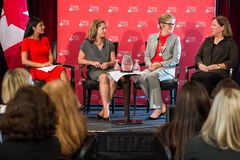 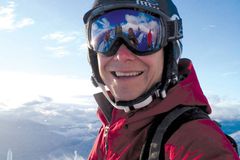