Older workers are more likely to get a welcome from employers in Canada this year than anywhere else, according to a new survey.

Sixty per cent of Canadian CEOs said they plan to increase their recruitment and efforts to retain older workers. That's much higher than the 42 per cent average in the rest of the world, the poll of 1,200 chief executive officers in 69 countries found.

This focus on older workers was at least partly explained by the challenges executives said they have in hiring and keeping people under 30. A majority of the Canadian CEOs - 75 per cent - said they have experienced trouble integrating younger workers into their businesses and keeping them once hired.

"In terms of attracting and holding onto the new generation of workers, companies haven't quite figured it out yet. As a result, they are focusing on the talent they know best - older workers," said Ellen Corkery-Dooher, of PwC (formerly PricewaterhouseCoopers LLP), which did the survey.

The higher interest in retaining older workers appears to indicate there is more confidence in Canada about an economic rebound, she said. While the survey didn't ask about specific age ranges or tenures, "I'd say there is a big concern about continuing to tap into the expertise of older, experienced workers," who might otherwise be planning retirement.

The report found 83 per cent of Canadian CEOs expect a limited supply of skilled candidates to be a key challenge, compared with 66 per cent globally.

The study, and another survey released Thursday, found that many senior Canadian managers plan to upgrade their talent management strategies this year and provide more incentives to attract and retain both old and young employees.

Companies are putting higher portions of their incentive budgets toward their own people, rather than the traditional uses of incentives in outside marketing programs, customer retention and rebate programs, a survey of 429 Canadian business leaders by Berkeley Payment Solutions found.

Most CEOs in the PwC survey said they plan to use more non-financial incentives to keep talent, such as training and mentoring programs, with a stronger focus on career progression. Despite that, fewer than 40 per cent of CEOs said they are planning to vary their people strategies to meet the different expectations of younger workers, the poll found.

It may be time for CEOs to sit down with human resource staff and offer more individualized incentives, Ms. Corkery-Dooher said. "Younger employees play a big part in infusing creativity and ingenuity into an organization. CEOs will need to tailor recruitment, rewards and performance programs, so that they are not only aligned with the business strategy, but also to the differing characteristics of their work force."

For example, "the younger generation isn't looking to sign up for a 30-year career. They are more focused on new experiences and growth of their expertise than older workers," which they see as more likely if they move to a new job, she said.

To retain younger workers, employers have to look at offering more training and opportunities to expand their skills within the company, she said.

At the same time, CEOs are likely to find many older workers willing to continue to offer their expertise. "There is a growing thirst among older workers to either stay on or opt for a career change rather than retiring," Ms. Corkery-Dooher said.

CANADA AND THE WORLD

Portion of Canadian CEOs expecting to add employees this year.

Average portion of CEOs in rest of world expecting to add staff.

Portion of Canadian employers planning to hire more part-time than full-time staff (compared with 32 per cent average in rest of world). 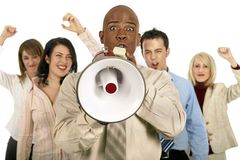 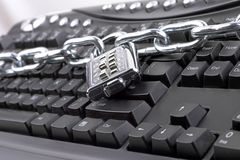