You'll be rewarded for coming up with ideas to help your employer expand this year, but the appreciation may not come in the form of cash, a new study suggests.

Canadian companies are focusing on new ways to gain efficiency and grow, a survey by PricewaterhouseCoopers International Ltd. found. Despite the slow pace of economic recovery and global competition, 82 per cent of the 306 companies surveyed across Canada have made growth a priority for the year, with 10 per cent looking at aggressive growth of 15 per cent or more.

Almost two-thirds of the companies surveyed indicated they plan to grow by improving sales and marketing, the Business Insights Survey found.

Seventy-one per cent of companies said they plan to change their human-resources strategy by using more non-financial rewards to encourage creativity and motivate staff.

"It's a question of having to do more with less money and fewer people. Non-monetary rewards are the key to keeping employees motivated and creative in a time of economic instability," said Michael Epstein, a Toronto-based national consulting leader for PwC.

These will take the form of recognizing performance and motivating people by giving them challenging and interesting assignments and opportunities for career development and training. Mr. Epstein said. That means employers will be open this year to creative suggestions from employees for career enhancing experiences in lieu of bonuses.

For leaders, the message is to be clear in communicating the vision of growth and long term success. "The career opportunities are going to be with a company that is paying down debt and is strategically focused on the long term and is offering incentives and recognition to employees who help success happen. Those are the kinds of companies people will want to stay with," he said.

"If you work with an employee on their career path, and tell them you are going to do whatever it takes to help them do better for themselves, you give them the confidence that you've got their back. You're showing them you value them and believe in them," Mr. Epstein said.

"If there's one non-financial reward that private companies can use in this new climate where uncertainty has become the new norm, it is good leadership from the top right down through every level of management."

More than half the respondents (58 per cent) said they are looking to gain market share and 51 per cent plan to expand operations. But a healthy balance sheet is also a significant priority: Only 39 per cent are planning to borrow to finance their growth initiatives.

"Most successful companies want to pay down their debt and will tend to rely on their existing balance sheet rather than borrowing, said Holly Allen, Canadian debt advisory leader for PwC. "It's not that debt is expensive these days. It's just they don't want … debt to be too large" if the economy hits another rough patch, she said.

The study also found a focus on the value of experienced workers, with 44 per cent of companies saying they are increasing efforts to recruit and retain older workers.

"Older workers help create a level of maturity and stability within a business' culture," which can raise confidence among all workers, Mr. Epstein said. "The motivation of older workers, especially ones who are returning from retirement, is going to be different. In many cases, they're eager to mentor and to help younger workers develop their careers rather than to seek their own upward mobility within the company." 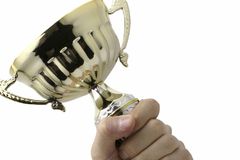 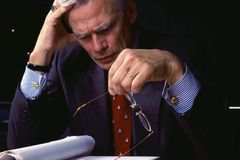