When he graduated with a master's degree two years ago, Timothy Nash found it was a lousy time to find a corporate job in finance. So, like a growing number of Canadians in a competitive job market, he became his own boss, working out of his home in Toronto.

Unfortunately, he quickly experienced the downside of life without an office.

"I started by trying to work at home but I found that was distracting and really depressing," said Mr. Nash, an adviser in sustainable investments. "So I'd set up my laptop in a coffee shop and I ended up spending $10 or more a day on lattes and getting just as distracted."

He credits finding a "hot desk" in a shared work space - which cost less than his latte habit - with helping him turn his efforts into a successful business.

Self-employment has become increasingly common in the recovery from the recession and Mr. Nash is one of thousands of independent contractors and entrepreneurs that are creating a boom in "co-work" facilities.

"In the past two years, the demand for short-term office spaces and temporary desks has exploded because thousands of people who were let go from their job have started up their own businesses," said Chris Fyvie, senior sales representative for commercial real estate company Colliers International in Toronto.

Traditional office leases are a minimum of three years, "which is too long for people who don't know where they will be next year and too big a commitment if they only need the work space for a few hours a day," he explained. "So many try to set up in isolation, in their rec-rooms or make daily treks to a coffee shop or a library with free Wi-Fi."

Ultimately, many start hunting for a more business-like setting.

The boom in temporary office space is a phenomenon across Canada, said Wes Lenci in Calgary, vice-president of Canada for rental office space company Regus PLC based in Dallas. Over the past 10 years, the company has opened a total of 30 office centres in Canada, in and around Calgary, Toronto, Montreal and Vancouver. This year, Regus is opening 11 new sites, including smaller centres in Halifax, Barrie, London, Ont., and Fort McMurray, Alta.

Shared offices operated by Regus provide desk space with a lounge and wireless Internet. Services like copying and printing, the use of meeting rooms, and administrative staff to do spreadsheets, expense accounts or sales projections are available for extra charges.

A daily rental of a private office with Internet and phone service costs about $50, but many opt to book a short-term office for a month or a year, and this seems to be a barometer of a growing business optimism, Mr. Lenci said.

"At the start of the year, most our new office clients were startups and individuals, but in the past couple of months we have seen a surge in corporate accounts," as companies send employees to stake out new markets or reopen branches of the business they shut down when the recession hit, he said.

Office within an office

A twist on this approach is ING Direct's Network Orange, a floor of a heritage building the company recently renovated on Yonge Street in Toronto, which has been set up as a co-work facility.

ING uses the first floor as an ING café similar to financial advice centres it has opened in Calgary, Montreal and Vancouver. A company call centre is on the third floor, but the second floor was not needed immediately "and we decided we could use it to offer support facilities for startups, home businesses, the small business community," which ultimately could grow and turn into clients of ING's services, said Brenda Rideout, chief marketing officer for ING Direct.

Over 50 individuals and partnerships have become regulars since it opened in March, most of them in website development, venture capital, group buying, image consulting and business coaching.

Response has been so brisk that ING is looking at additional space in Toronto and considering the potential to roll out the concept in Calgary, Montreal and Vancouver, Ms. Rideout said.

Office with a social mission

The slogan of the Centre for Social Innovation in a renovated century-old industrial building in downtown Toronto is: "Get out of your pyjamas." But in addition to its shared office space, it has a mission to bring non-profit organizations into a common place. It has an active social program with networking events, such as a breakfast club for startup entrepreneurs, a series of potluck lunches, and party nights with karaoke and beer pong.

The CSI has attracted more than 200 artists, entrepreneurs and non-profit organizations, and has just opened a second centre in Toronto, with a third on the way next year, said Eli Malinsky director of programs and partnerships for the CSI.

The CSI became a magnet for non-profits. "Groups working for social change too often had substandard facilities and were working in isolation from each other and unable to access shared resources they needed," he said. Working in the shared space not only helped cut costs but helped build bridges for people who face common challenges. "People even trade hours of work in their specialty for help from someone with another specialty and the result is that projects become much bigger and more professional than they could have been if run in isolation," Mr. Malinsky said.

As its name implies, the Camaraderie Coworking Inc. space in downtown Toronto attracts people who are grateful for the companionship of people in the same situation they are in, said co-founder Rachel Young.

"A big appeal is the professional atmosphere. But just as important is the ability to find people willing to share what they've learned about tech, and making self-employment work," she said.

The are no offices or cubicles, just shared basic tables and chairs in a big open room with Internet access and a printer. "The idea is to make it easy for people to ask for advice if they are having a problem. If there were large cubicle walls between people, it would be harder to ask for help," Ms. Young said.

In the year and a half since it opened in Toronto, it has attracted the self employed and freelancers in tech specialties, in addition to people working in marketing, public relations, social media, as business coaches and even as private investigators, she said.

Similar facilities are opening across the country, including smaller centres in Thunder Bay and Prince George, B.C. And members of the Coworking Visa Program have access to similar facilities in cities around the world, Ms. Young said.

The value of a shared facility goes beyond cost savings, Mr. Nash said. At the CSI, Mr. Nash was suddenly working among people who had been in his situation themselves.

"They were so supportive; they gave me great advice on mistakes to avoid and the encouragement to get out there and meet potential clients," said Mr. Nash, whose Strategic Sustainable Investments business advises foundations on socially responsible investments. And the imposing building with its polished wood floors and sunny conference rooms gave him professional credibility when meeting clients.

"It's amazing how much easier it is to close deals here than it is in a coffee shop."

Monthly rent for private space in a shared office in a major city.

Monthly fee for small office at the Centre for Social Innovation, Toronto. Hot desk packages from $75 for five hours of use a month to $250 for 100 hours.

Monthly fee (or $20 a day) for use of hot desk space at Camaraderie Coworking, Toronto.

Monthly rate for up to 40 hours of desk use and 10 hours of meeting room space at ING Network Orange. 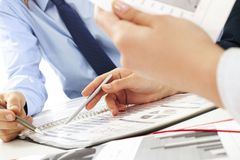 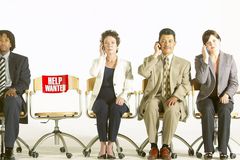