Vicki Walker made headlines in 2009 when she was dismissed from her job as financial controller of a New Zealand health care company for writing e-mails to co-workers all in capital letters. The company claimed the communications, which included sections highlighted in red lettering, were "confrontational" and said she had '"caused disharmony in the workplace by using block capitals, bold typeface and red text in her e-mails".

An employment tribunal later found that Ms. Walker had been unfairly dismissed and awarded her $11,500 in compensation, but the case highlighted the need for a code of etiquette when using newer forms of communication such as e-mail, social networking and instant messaging.

Whether or not it should be seen as a firing offence, etiquette experts almost universally agree that people should avoid writing e-mail in capitals.

"It just looks shouty," says Patricia Fitzpatrick, founder of the Etiquette School of New York. "It is best not to do it."

Understanding the etiquette of new technology is becoming increasingly critical. Employees and businesses are struggling to define what is correct, resulting in many misunderstandings. Some 8 per cent of companies with more than 1,000 employees have fired someone for over their use of social media, according to a 2009 study by Proofpoint, the Internet security firm.

Etiquette experts say they are fielding more questions on technology than ever before. The latest edition of Emily Post's book Etiquette, considered the ultimate authority on correct societal behaviour in North America, included a section dedicated to the dos and don'ts of modern communications. A separate book on technology etiquette is due to be published soon by the Emily Post Institute.

"Business etiquette is becoming more difficult as our methods of communications become more complex. Its not just letters and phone calls, it is e-mail, Twitter, text messages and so on," said Lizzie Post, the great-great-granddaughter of Emily Post and co-author of the latest etiquette book.

Both the Emily Post Institute and Debretts, its British rival, have Twitter feeds with more than 5,000 followers each, and both offer advice about technology and etiquette on their websites.

"There is growing interest. If I ever tweet about technology etiquette, I always get an instant and lively response," says Liz Wyse of Debretts.

Ms. Fitzpatrick says she works with a mix of corporations, universities and individuals. About half her business is training twentysomething employees who have just entered the world of work.

"They are the texting generation, who don't necessarily spell every word out when they send communications. Most colleges are more informal than they used to be. Students are on a first-name basis with their professors, so when they graduate and come into the world of work, no one has taught them about the increased level of formality they will need," Ms. Fitzpatrick said.

The most common complaint, the experts say, is about people constantly checking their smartphones during meetings, mealtimes and other social occasions. These are definite no-nos. Calls from inappropriate places are disrespectful, and focusing on a phone rather than a companion is rude, says Ms. Wyse. "Ideally you would never prioritize a gadget over a person."

"If you are expecting a very important call, announce that you may have to answer your phone in the beginning, and then keep your phone in your pocket on vibrate until the call comes. You shouldn't have the phone on the table. Don't keep fiddling with it, it is the constant interaction with the phone that irritates people," she says.

Another tricky issue involves answering e-mails. Etiquette experts say it is polite to respond to e-mail within 24 hours of receiving it. But they admit that can be hard to do when inboxes are deluged with hundreds of messages a day.

Academic studies, such as the work of Justin Kruger of New York University and Nicholas Epley of the University of Chicago, have shown that e-mail conveys emotion very poorly. Sarcasm, for example, does not come across easily in e-mail. Thus, says Ms. Post, an e-mail sometimes needs to be extra enthusiastic to appear friendly.

There are limits, however. E-mail is simply not appropriate for every situation.

"Never send bad news by e-mail. You should never fire someone by e-mail, for example. It is clearly better to have that conversation face to face," says Matthew Strawbridge, author of Netiquette: Internet Etiquette In The Age Of The Blog. Nor should e-mail or text messages be used to send condolences or to end a relationship.

Social networking is another area where technology etiquette is still evolving. Tricky questions include whether employees should accept requests from the boss to be friends on Facebook, and if it is ever acceptable to "unfriend" someone on a social networking site.

The answers are no and both scores. The experts suggest politely declining requests from the boss with an explanation about keeping personal and professional lives separate. Letting a boss see social networking updates will only mean trouble later, if there are embarrassing photos posted by friends, or unwise remarks made about a bad day in the office.

The question of unfriending is harder. It can never be done with delicacy, the experts say, so the best solution may be to close down the account and start again if someone really must be removed from a friends list. It is better to be more selective about accepting friends in the first place, than to deal with pruning them later.

How do I respond to potential employers on social media?
January 24, 2012 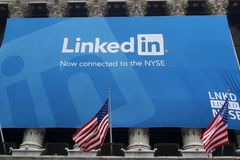 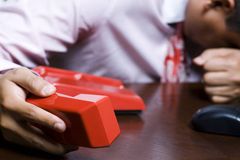 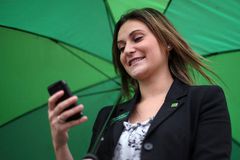 Good managers teach even as they correct
October 17, 2011
Follow us on Twitter @globe_careers Opens in a new window
Report an error