The biggest complaint people have about lawyers are their fees – and often for good reason. Lawyers' fees are largely unregulated, meaning lawyers can use all sorts of billing practices that favour them, no matter what the result. This is especially problematic in the field of workplace law, where lawyers work directly for the general public.

What are the different types of fee arrangements that employment lawyers use, and what should Canadians look out for?

This fee arrangement is the most conventional option, but it provides little incentive for lawyers to settle cases practically, because they are paid based on the quantity of their time.

In employment law, paying a set rate for each hour of a lawyer's time works well for defined tasks such as reviewing a contract or a severance package but it can break down for many people when a lawsuit is required. Going to court is increasingly expensive. The outcome is largely unpredictable, and there is no guarantee of success. Further, even a brilliant victory is frowned upon by clients when the costs exceed the results.

Employers also know that most ordinary people cannot afford to bring a case to a trial because paying for each hour of their lawyer's time can quickly price them out of a lawsuit. In hourly rate arrangements, individuals have to beware of excessive or unnecessary tactics and delays – and in some instances, paying for their lawyer's education.

At the opposite end of the spectrum are contingency agreements where all the risks in the case are taken by the lawyer. However, even these agreements can be dangerous for individuals, but for entirely different reasons.

In a contingency agreement, the lawyer's fees depend entirely on first recovering damages in the case. If there is a settlement or court award, an agreed upon percentage is then paid to the lawyer; usually anywhere from 20 per cent to 33 per cent.

This agreement allows individuals with strong cases to pursue them without fear of escalating legal costs, and it prevents disputes over lawyers' fees because they are fixed from the outset based only on the result.

However, there are downsides. Unless there is a large enough potential reward, lawyers will not take the file on a contingency, meaning many people with otherwise strong cases are never offered this option. Worse, some lawyers working mostly with contingency agreements settle quickly and as cheaply as they can, to get paid and move on. Once that reputation is established, company lawyers will never take them seriously, which is then sadly reflected in the settlements they are offered.

With contingency agreements, individuals take on much less risk than they do paying for a lawyer's time – but in return, they often have little control over the outcome and sometimes get an inferior result.

On the flip side are lawyers who charge clients based on the time spent on their case or an agreed-upon percentage of the result, whichever is greater. These agreements are the most harmful because the lawyer gets to have it both ways.

Hypothetically, if a case settles quickly for $50,000, the lawyer can claim 25 per cent ($12,500). But if the same case does not settle and the plaintiff is awarded the same $50,000 at trial, the lawyer then charges for his or her time, which could be upwards of $25,000. Here, the lawyer receives the advantage of whichever arrangement is more favourable, depending on what transpired.

If lawyers are going to receive the benefits of both an hourly rate and contingency agreement, they should take on some added risk, such as a lower hourly rate or a smaller percentage of the result.

Equally problematic are lawyers who explain in general terms the costs of a lawsuit but never commit it to writing. Years ago, I worked with a lawyer who would have complaints pile up from clients because his understanding of what was agreed to during their first meeting was never the same as theirs. Not surprisingly, he was later disbarred.

Without a written agreement, there are still ways to fairly assess the value of a lawyer's work. The problem, however, is that this understanding should be negotiated at the outset of the case, not after it has played out.

Daniel A. Lublin is a partner at Whitten & Lublin, employment and labour lawyers, and he is the author of the Law of Contractors. Reach him at Dan@canadaemploymentlawyer.com

Daniel A. Lublin is a partner at Whitten & Lublin, employment and labour lawyers and he is the author of the Law of Contractors. E-mail: Dan@canadaemploymentlawyer.com 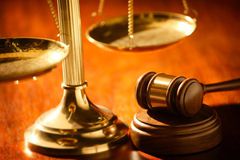 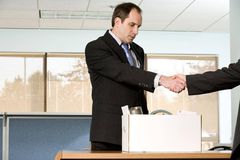 Have you read the fine print of your employment contract?
May 11, 2018 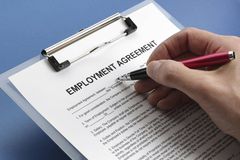 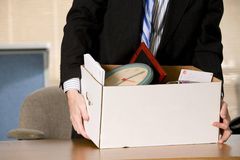 What to do when violence erupts in the workplace
May 11, 2018 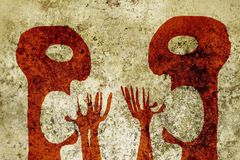