When Lauren Bossers, who lives in Pittsburgh, worked for a supply chain management software company in Dallas, she dealt with work and staff in the main office virtually, by phone and e-mail. When she was laid off after her company was acquired in January, 2010, well, that happened by phone, too.

With increasing numbers of people working outside of the office, when it comes to pink-slip time, companies often relay their message the most convenient way they can if their employees aren't physically present – by phone or video chat.

The Telework Research Network estimates that 20 to 30 million people work from home at least once a week, while another 15 to 20 million work remotely while on the road.

Ms. Bossers said receiving the bad news remotely had an upside. She was able to absorb it and react to it in the privacy of her home, rather than in an office full of co-workers.

But, on the flip side, if a person telecommutes part-time, an office cubicle may require clearing out, and if they work from home full-time, there may be computers and work material that need returning to the business.

Sara Fell, a former human resources officer and founder of the website Flexwork.com (which helps clients find flexible work situations) has the following tips for those dealing with a virtual layoff:

Those who are laid off in person are typically handed a packet that lays out the terms of their layoff and provides supporting information, such as what their options are regarding a company retirement plan. If you're laid off by phone, make sure such a package is forthcoming.

A follow-up e-mail will help, meanwhile, spell out issues such as your official end date and how leftover vacation days will be handled. It should address details such as what your access will be to an in-office computer and cubicle, or how you'll return work-related materials you have at home. If anything needs to be shipped, the company should send a postage-paid mailer so you aren't footing the bill for this, Ms. Fell says.

Since some questions may not crop up until you've had a chance to absorb the news, ask that the e-mail include contact information for someone with whom you can liaise about additional issues over the next several weeks.

As inclined as you may feel to hide out at home, Ms. Fell advises taking the high road and "showing that you can be proactive in the face of adversity."

Put on your game face and head back into the office one last time. Collect your stuff, say your goodbyes, let people know how to reach you and make a token offer to help with any projects that need to be wrapped up. This presents you in the best professional light, Ms. Fell says, and could help you with job-hunting or consulting opportunities down the road.

As visiting the office wasn't an option for Ms. Bossers, she spent the days following her layoff "burning up the phone lines" with calls to her former colleagues. It was time consuming to do so, and she was weary of repeating her story ad nauseum. But, she says, "I'd built up great relationships over the 10 years I was affiliated with the company. I wanted some opportunity to say good bye."

While Ms. Bossers' manager had given her one day's advance notice of her layoff, the news was still "shocking," and her contributions to the phone conversation with the HR officer who rang her comprised mainly of yeses and nos.

"I wasn't rude, but I didn't think it was my job to make them feel better," she said.

This reaction isn't unusual, but Ms. Fells cautions against being curt or even hostile on the phone.

"You should try to take the high road here and not burn bridges," she says.

If you're afraid of what you might blurt out, then, like Ms. Bossers, just don't say much at all.

SOME EXITS COULD BE ROUGH

Jeff Langr was working remotely as a software developer when he received an e-mail last January, which said that his employer, a company in Des Moines, had been acquired. He was blind copied on another e-mail soon after, asking him to join a Skype teleconference, where he and several co-workers were laid off.

This call, he says, "was short and to the point; not more than five minutes, and not at all a forum for asking questions or responding." The company was "impersonal to the point of being cowardly," he says, and he blurted out an expletive before hanging up.

While that was an extreme situation, Ms. Fell says remote layoffs are new for many companies and the "process might be a little rougher than more traditional layoffs."

Still, she advised, "Try to emphasize professionalism. Appeal to your manager or the HR representative as a person and remember that they're people too."

And don't hesitate to ask for what you think you need, whether it's an escort around the office to say goodbye or a recommendation on LinkedIn.

After all, Ms. Fell says, "There really is no harm in asking."

What to do when your position is eliminated
January 3, 2012
Booting Bartz a case of how not to fire an executive
September 8, 2011 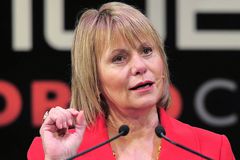 How do I explain being let go without cause?
November 3, 2011 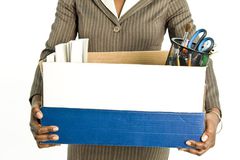