From telecommuting to reduced hours, flexible work options were one tactic companies used to help ease economic pressures during the recession. As the economy improves and job opportunities rise, such arrangements could become a way to attract and keep talent, experts say.

Now, nearly half - 46 per cent - of Canadian workers say their workplaces offer flexible working options, according to a survey of more than 1,000 employed Canadians by Harris Interactive for Telus Corp.

What may have grown in part as a cost-saving measure is quickly morphing into a talent recruitment and retention tactic. Nearly a third - 31 per cent - of executives globally identified flex working strategies as one of the top three talent management initiatives they plan to implement this year, according to a poll of 340 executives by Ernst &Young.

"We've definitely seen an increase in the number of firms interested in flexible work options," said Ildi Wiley, president of Results Continuum Inc. an HR consultancy in Jordan, Ont. More organizations have a better sense of how flex policies can reduce today's working pressures, from commuting time to work/life balance, and see their recruitment and retention potential, she added.

Flex options may be of particular appeal to younger workers, noted Daphne Woolf, managing partner at Collin Baer Group Ltd., a human resources consultancy in Toronto. "If you want to be an employer of choice, this is an increasingly high-profile item."

Staff concerns about loss of contact with other staff 36%

Percentage who say an organization offering a flexible work program positively differentiates one company from another.

Percentage of employees who say they'd be more loyal to a company that offered the benefit.

Percentage of employees who say having flexible work options would motivate them to work harder.

THE STRATEGY AT WORK

Who participates: Most of the firm's 4,000 employees work flexibly on an informal basis. About 200 staff have formal flex arrangements, such as working reduced hours, seasonal schedules or telecommuting, said Karen Wensley, a partner on E&Y's people team. She estimates that less than 10 per cent of employees cannot take advantage of flex work options.

How it works: Staff who can adopt flex time have no standard work hours, she said. Every employee is equipped with a laptop, and remote-networking capabilities means they can work anywhere. "If you looked at an accounting firm 10 years ago, face time in the office was important. It was evidence of how committed you were. That's all gone," Ms. Wensley said.

Full-time staff work a standard 40-hour work week, but how they schedule it is up to them. At the start of every client project, staff teams come up with a working schedule that accommodates every member's needs.

On top of statutory holidays, staff get an additional three four-day weekends a year. They can also opt to take extended unpaid vacation time. In 2009, said Ms. Wensley, about 650 people took advantage.

Biggest challenge: Communication, Ms. Wensley said. "Teams need to know the schedules of their colleagues, how to reach people if there's something urgent, and what the expectations are for checking e-mail or voice mail. Flexibility is a responsibility as well as a privilege. It only works if employees support one another's flexibility."

Benefits: Flex options help to retain staff, Ms. Wensley said. Viewing employees as individuals and allowing them the to set their own schedules means there are no competing priorities and they can bring their whole selves to work. "Employees have the ability to balance their personal and professional goals, and that makes them much more engaged. There's no question there are bottom-line benefits."

Telecommuters say they have better work/life balance than their cubicle-dwelling colleagues. But it turns out they can also work longer without feeling stressed, suggests a study from Brigham Young University in Utah.

The study, which analyzed data from 24,436 IBM employees in 75 countries, found that when office-based employees worked 38 hours, they reached a breaking point at which their work interfered with their personal life. But those workers who were given the option of a flexible schedule, including working from home, were able to punch 57 hours on the clock before experiencing such conflict.

OUT OF SIGHT, OUT OF MIND?

Flexible work may seem like the ideal working arrangement, but be wary of the risks that being out of sight might carry for your career. Colleagues notice when you put in face time at the office - and put a value on it, according to recent research from University of California, Davis.

In two studies, in-depth interviews and behavioural experiments, professors Kimberly Elsbach and Jeffrey Sherman found that managers and employees thought very highly of co-workers they saw in the workplace - at their desks or in their offices - even if they had no interaction with the worker. And that positive impression rose when they spotted a colleague staying late or on weekends. "Merely being seen - often from a distance and without any interaction or real understanding of what a person is doing - that in itself has value," Prof. Elsbach said.

In open-ended interviews with researchers, managers repeatedly described workers who were observed at the worksite as dependable and reliable, while those seen outside of normal office hours were committed and dedicated.

In a second experiment, 60 professionals were asked to read a scenario in which an office worker was observed by others. When later asked to identify traits of the person in the scenario, respondents tended to give them positive attributes.

The study suggests negative implications for workers who are not regularly seen in the office, since perceptions can influence things such as performance appraisals.

SEEKING FLEXIBILITY: HOW TO SELL IT

1. Pitch your boss on your reliability and the traits you have that would make flex work viable, whether that's working one day from home or shifting your start/end times.

2. Remind your boss of your value to the company by touting some of your achievements.

3. Lay out how the company will benefit from allowing you to work flexibly.

4. Describe how flex work will have a positive effect on the quality of your work.

5. List any additional functions you'll have time to take on as a result.

6. Eliminate concerns about potential obstacles, for instance, reassuring that you will always be available by phone and e-mail, and will adjust your schedule or come in to the office if and when needs arise.

8. Suggest a test run of, say, three months, after which arrangements can be re-evaluated and adjusted, if necessary.

Percentage who say they would have more loyalty to their employers if they offered greater flexibility in managing time and schedules.

Percentage of workers that would take advantage of telecommuting if it was offered by their employer.

Percentage of companies that have an official company-wide policy for summer hours, such as allowing staff to work an extra hour a day in order to leave work early on Friday.

Percentage of companies that restrict flex time to summer months. 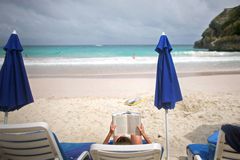 Getting what you need to succeed on the mommy track
May 7, 2010 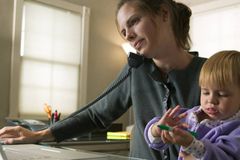 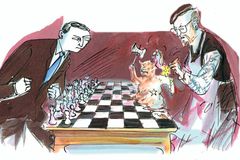