After graduating from the University of Toronto's co-op management course, earning her chartered accountant designation, and working in finance for five years, Christine Lee was hungry for a new challenge.

"I was looking for a creative outlet," she said.

After taking some online coding courses in her spare time, she decided to enroll in the first course offered by Bitmaker Labs Inc., a Toronto-based startup that hopes to turn students with no prior coding experience into career-ready Web programmers in just nine weeks.

When she completes the program on May 3, Ms. Lee hopes to find a job as a junior Web developer, but given the Canadian tech industry's highly competitive talent pool, some might question whether she and her 23 classmates will be able to compete with college- and university-trained programmers.

"Absolutely," says Duncan McCall, chief executive officer of Bitmaker Labs. "What we're doing is giving these people a very solid foundation, where they can enter the Web development community or get a job as a junior developer, and they can start developing their skills that way."

Mr. McCall likens the nine-week program to an apprenticeship, focusing on hands-on training as opposed to classroom-based theory.

"Our program, in terms of material being delivered and the structure of the program, is very similar," he said, adding that while his American competitors charge upward of $10,500 (U.S.), Bitmaker Labs' course costs $9,000 (Canadian).

With his first group of students graduating shortly, Mr. McCall is confident they will find work in Canada's growing tech community.

"We have a hiring partner network of 25 [companies], and that's growing," Mr. McCall said. "All these companies have had input in our curriculum and they've all agreed to come to our hiring week and interview our students."

Mr. Fung says that he partnered with Bitmaker Labs because its students come from diverse career backgrounds.

"The lab's approach has a really interesting balance, where you've got people who often already have experience [in other fields], have worked elsewhere," he said. "When we take a look at longer term, one of the things we really watch for is to make sure we have a really good funnel of talent that we're paying attention to. That means you've got to be working with people at all spectrums of experience."

While Mr. Fung is eagerly awaiting his first glimpse into Bitmaker's current class at the upcoming hiring week, other Canadian tech entrepreneurs are doubtful that students will be career-ready in such a short time.

"To be honest, it's a little shocking," said Ezra Silverton, founder and president of 9th Sphere, a Web design and Internet marketing solutions provider based in Toronto. "I have a hard time believing that you can make someone a developer in such a short period of time."

Mr. Silverton, however, says that when it comes to hiring a Bitmaker Labs graduate, he would be "open to it," but only if the candidate was able to complete the coding tests that he gives all potential employees.

"We've hired many developers who are just incredible when it comes to programming, but they don't have a university degree in a math program, some not even in a computer science program," he says. "It obviously would help give a leg up, but it wouldn't be the only criterion we would use to evaluate someone."

Although Bitmaker Labs doesn't offer its students a diploma or degree, the program bears a resemblance to college courses.

Derek Allard, who has been an instructor in Seneca College's webmaster program since 1999, sees many similarities between the two curriculums, although Seneca's program is 14 weeks long.

"I would expect most of my graduates to be able to leave and become working professional webmasters shortly after," he said.

The subjects the two programs cover are similar, focusing on programming languages such as HTML, CSS, Java Script, and Ruby on Rails, to name just a few.

"That reflects the real world in the startup community, which is where a lot of these candidates will be applying," he said. "There's an unwritten expectation that it's not a 9-to-5 job."

Ms. Lee agrees, and admits to staying on campus well into the evening almost every day. "It's very intense, but I very much enjoy it," she said. "I think it's one of those programs where you get as much out of it as you put into it."

After graduating from Bitmaker Labs, Ms. Lee hopes to find a career that will combine her experience in finance with her newfound passion for coding.

"Learning development, it's not industry specific. With that you can go into any industry," she said. "I've been introduced to a whole new world, and I'm not done learning about it yet." 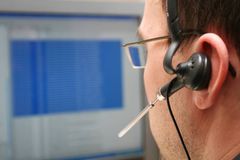 How to make the telecommuting pitch
January 26, 2012
How to turn your workplace into an idea workshop
November 24, 2011 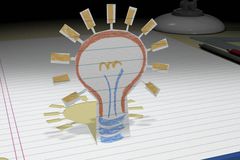 How a 'model' employee got away with outsourcing his software job to China
January 16, 2013 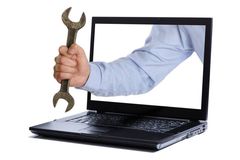 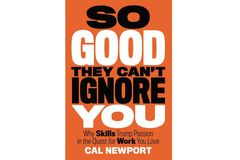 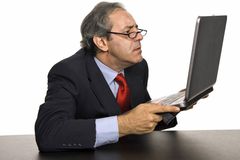