Aileen Raquel knows all too well how tough it can be for an immigrant worker to adjust in Canada and why employers need to take their struggles seriously, especially as the country prepares for a projected influx of immigrant talent over the next 20 years.

Ms. Raquel, a social worker in her homeland of the Philippines, moved to Canada in 2003 because she was told it had the best jobs and benefits. Instead, she found herself working at a factory and in the fast-food business. "I had seven years of social work experience and I sent out countless résumés but did not receive a single response," recalled Ms. Raquel, 37.

After three years of living below the poverty line, she turned to a bridging program at Toronto's Ryerson University for guidance. With the help of a mentor and mock interviews with real employers, her self-confidence grew. In 2006, she landed a permanent job with her current employer, the Catholic Children's Aid Society of Toronto.

Ms. Raquel, whose success story is highlighted in a travelling photo exhibit by the Toronto Region Immigrant Employment Council (TRIEC), and other foreign-born workers have benefited from many groundbreaking programs to help newcomers overcome barriers in the Canadian workplace, such as language and cultural issues.

Such initiatives will be even more important in the years to come. A recent Statistics Canada report suggests that, by 2031, one in three workers could be foreign-born, up from about one in five in 2006. Such a dramatic change in the labour force will make it even more important for employers to help immigrant workers adapt.

Government efforts such as the Canadian Immigration Integration Program help workers get jobs that recognize their experience and education. But helping them adjust on the job remains a "huge issue," said Joan Atlin of TRIEC, which works with companies, governments and other organizations to help employers address diversity issues.

"While one challenge is to make the right connections between talent and companies, the other is to integrate them into the workplace quickly, and a lot of employers don't think about how those differences play into the workplace," said Ms. Atlin, the not-for-profit group's director of programs.

One common myth is that immigrants must have Canadian work experience to be effective employees, experts say.

"It's a misconception that Canadian experience is absolutely required, and we've done a good job to show the way we hire people has evolved," said Matt Petersen, director of diversity strategies at Canadian Imperial Bank of Commerce in Toronto. That involved changing the thought processes of company hiring managers, he said.

Navigating the interview process can trip up newcomers, as Ms. Raquel discovered. That's why companies such as CIBC and discount brokerage Questrade Inc. conduct "behavioural-based" job interviews, so that cultural differences and the applicants' lack of Canadian work experience don't undercut their changes of being hired.

Zuleika Sgro, human resources recruiter at Questrade in Toronto, said the brokerage develops its own programs and also turns to other organizations to help meet foreign-born workers' needs.

"There is so much paperwork – all these policies and procedures, payroll, all these government offices – the challenges can be as simple as getting a SIN [social insurance number]card," noted Ms. Sgro, whose company also has offices in Montreal, Vancouver and Armenia.

She said Questrade has used several TRIEC programs, including workshops on the "unwritten rules of Canadian workplace culture," such as how to behave in a business meeting, as well as a mentoring partnership that links skilled immigrants with established Canadian professionals.

Questrade's own programs include team-building activities for new employees and managers to learn from each other; a buddy system where managers are linked with workers to provide guidance on a range of issues in their work and personal lives; and language skills development.

At CIBC, recruiting and retaining skilled foreign-born workers has been a priority because "the landscape of our country is changing rapidly," Mr. Petersen said, noting that growth at CIBC branches in cities such as Vancouver, Calgary and Toronto is often fuelled by immigrants. "We need to ensure we have employees who understand the experience of our customers."

As well as being involved in immigrant mentoring or sponsorship programs, CIBC has developed a "diversity toolkit" that educates managers on how to meet the needs of a diverse workplace. The toolkit covers everything from the hiring process, to meeting special dietary restrictions and requirements at work, and holiday observances.

"The focus is on creating an environment where people feel they can bring their whole self to work," Mr. Petersen said.

As for Ms. Raquel, her advice to employers is simple: "Open your doors to internationally trained professionals. We know your clients' culture and speak their language. That's our advantage."

Professor Jeffrey Reitz, director of ethnic and immigration studies at the University of Toronto's Munk School of Global Affairs, says concerns surrounding foreign-born workers are slowly moving from whether they are underemployed – what he calls "the taxi driver syndrome" – to how they can adapt in the workplace.

It's an issue that affects, or will affect, nearly every Canadian employer, he says, given that immigrants from areas such as Asia, the Caribbean and Mexico are in demand in a wide range of industries.

"Canada is kind of an exceptional country when it comes to immigrants – it is taking more immigrants in than other industrial countries per capita," Prof. Reitz notes. Canada admits about 250,000 immigrants a year, in large part to offset the falling birth rate and the retirement of baby boomers.

Opinion
What can cities do to encourage diversity?
September 21, 2011 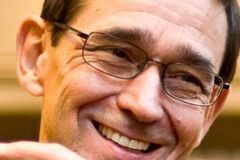 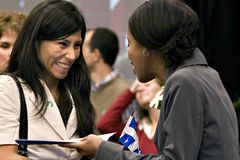 Opinion
What kind of immigrants should Canada be selecting?
August 2, 2011