Even with years of management experience in manufacturing operations, logistics and industrial engineering, Andrew Avgousti wasn't sure how easy it would be to jump from the automotive industry – where he had worked since 1990, right out of university – to something different.

But he had a powerful lever in his job-hunting tool kit: a select group of former bosses, peers and colleagues willing to vouch for his work performance and personal character.

"I was applying for a job in an industry where nobody knew me," said Mr. Avgousti, who started a new job four months ago as a manufacturing support director with Mold-Masters Ltd., a company in Georgetown, Ont., that makes equipment used in plastic-injection moulds.

"My education and experience got my foot in the door, but I think my references really helped push me through, resulting in a job offer that I accepted."

He isn't the only job hunter whose fortunes have hinged on the word of professional colleagues. A survey this year by Toronto staffing company OfficeTeam found that hiring managers took one in four job candidates out of the running after speaking with their business references.

Reference checks are part of standard hiring practices in most companies, according to the Society for Human Resource Management, a global association that represents more than 250,000 HR professionals in more than 140 countries.

In fact, 75 per cent of HR professionals who responded to a survey conducted last year by the society said they did background reference checks on every job candidate.

And 55 per cent said reference checks were necessary to "reduce legal liability for negligent hiring," while 35 per cent said they wanted to make sure applicants were being truthful about their education, skills and positions with previous employers.

"Checking references is an essential component of the hiring process," said Antoinette Blunt, chair of the board of the Human Resources Professional Association, which represents HR professionals in Ontario. "It's one of the best ways to confirm what you may already know about the applicant, in terms of how well they'll fit in with your company and what their future potential is."

Sometimes, it's what isn't said during a reference check that can be most revealing, added Ms. Blunt, who is also president of Ironside Consulting Services Inc. in Sault Ste. Marie, Ont..

"When there's hesitation, or when the person won't elaborate on their response to a particular question, then these may be clues about certain aspects of the applicant's performance or character that you'll want to investigate further," she said.

Given the importance of references, job seekers need to make sure they're putting prospective employers in touch with the right set of professional colleagues, said Alan Kearns, who provides career coaching and leadership services through his Toronto-based company, CareerJoy.

Ideally, a list of professional references should include managers, clients and peers. "If I were a hiring manager I would want to talk to people you've worked for and worked with for at least two years," he said. "And your list should include a mix of people at various levels, because if you're only giving out peer references then I would wonder, 'Why is that?' "

While most people tend to exclude current bosses from their list of references, some are open about their job search and have no problem asking their employer to put in a good word for them, Mr. Kearns added.

To do a 360-degree check, employers need to talk to people who have supervised, worked with and reported to the job seeker. "This is a good approach because you're looking for different perspectives, but at the same time you're also looking for consistent traits," Mr. Wiekenkamp said.

Nor should every reference be a work colleague.

Maik Rehfeldt, president and chief executive officer of Hansamed Ltd., a dental supply company in Mississauga, likes to see references from people outside the job seeker's professional circle. "For example, a minister or someone who is a leader of an organization where the job applicant volunteers," he said. "By talking to references who don't have any direct relationship with the applicant's career, I can get further insight into the applicant's character."

Rebecca Sargeant, owner of RBS Staffing Consultants in Dundas, Ont., said job seekers should send their résumé, and a description of the job for which they're applying, to the people they have asked to provide references.

The reference providers "really need to validate what you're saying in a job interview but you can't expect them to remember all your accomplishments and responsibilities," she said. "Having your résumé and the job description in front of them will help them answer questions more accurately and comprehensively."

But that doesn't mean coaching your references to say only good things about you, Ms. Sargeant added. "Your references should be seen as your counsel – people who know you well enough and are genuinely interested in seeing you get the right job, as opposed to just getting the job," she said.

"I've actually had references tell me that they think the candidate has the right skills and experience for the job, but that they may not thrive in a particular company's environment because maybe it's too micromanaged or too restrictive," she added.

Whether a reference provider's words lead to a job offer, a thank-you and follow-up call are in order, Mr. Avgousti said.

Staying in touch throughout the year is also important, he said; he calls or e-mails many of his former work colleagues at least once every quarter. He also uses professional networking websites such as LinkedIn to let his reference providers know what he's up to each week.

"This way people won't feel like you haven't talked to them for years and then out of the blue you come asking for a reference," he said.

"Good references are your best champions, so you need to take good care of these relationships."

Provide a well-rounded list: Include people who have supervised, worked with and reported to you. While you're at it, throw in a character reference such as a minister or rabbi.

Post it online: Professional networking sites such as LinkedIn let you gather and post references on your profile page, giving employers and recruiters something good to look at when they Google your name.

Put it all in context: Instead of simply handing out a list of names, describe how each reference knows you and include information such as projects you have worked on together.

Stay in touch: Don't let your references feel used and forgotten. Call or e-mail them regularly, and be sure to thank them for taking the time to help you with your job search. 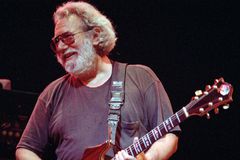 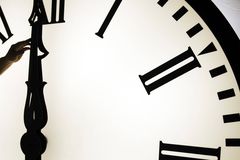