I used to think that each new generation of workers was pretty much like the last one, at least in big ways. We all want more money, more praise, more interesting work and colleagues who are pleasant enough to join for a sandwich at lunchtime.

Yet last week I started to wonder if 20-year-olds might be something different altogether. I had a conversation with a young man who, far from sharing sandwiches with his colleagues, has never even met them. He doesn't talk to them on the phone either. Instead, Jamie Holmes has spent the past two years interacting with his bosses and with the people he recruits and trains entirely by text message and e-mail.

What is even more peculiar is that he doesn't think this arrangement is remotely strange. His description of how he and his team get along sounds rather good. They trust each other. They believe strongly in their shared project and feel loyalty to their employer, an online strategy video game developer. They exchange small talk and gossip. He says he knows them well and gets on with some better than others. Yet he feels no desire to clap eyes on any of them.

Mr. Holmes is not a weirdo or a recluse. He is a clever, sociable young man who is doing a degree at Britain's Durham University and spends lots of time with actual humans. Yet he would quite happily pass his whole working life without ever going to an office or seeing anyone.

When I protested that I could not conceive of conducting any business at all if I hadn't seen the whites of the other person's eyes, he seemed mystified. It was hard to tell which of us was more baffled by the other.

If Mr. Holmes is even slightly representative of his generation, this is a mighty shift. It means that virtual working – something that everyone got terribly excited about 10 years ago but which has only occurred at the margin – might one day happen to the extent that workplaces really will vanish, along with business travel.

What is new about Mr. Holmes's generation is not just that it grew up on texts and Facebook. The real difference comes from playing video games, during which people happily bond with faceless strangers for hours on end.

I've just been scaring myself watching a TED talk given by a Californian game designer called Jane McGonigal. She says that a dedicated gamer will have spent 10,000 hours playing by the time they turn 21 – exactly the same amount of time they will have spent in formal education.

While at their screens, four miraculous things happen to gamers that don't when they are slouching about in the real world. First, they become urgently optimistic, beset by a desire to win. Second, they bond tightly, as those who play together are more inclined to like and trust each other. Third, it makes them happy Stakhanovites, sitting at their screens for hours in a state of focused bliss. And finally it furnishes them with some sort of epic purpose, quite alien to people of my age.

What interests me about these four states is that they are precisely the things that make for a model employee – an optimistic, idealistic team worker who is blissfully happy to slave away all day and all night. Indeed, if only some way could be found to make the working world a bit more like World of Warcraft, then not only would offices vanish, so would all problems of morale, disaffection and sloppiness.

The idea of work-as-video game might not be as far off as you think. In fact quite a few big companies are already dabbling in gaming to try to inject a bit more oomph into their staff. IBM, Deloitte and SAS have already made their own video games for training, and some are reporting big productivity improvements.

Yet before I get too carried away with this high-tech utopia, a couple of other things occur to me. From observing the excessive gaming that goes on under my own roof, I can't help noticing that video games also make people lazy, grumpy, aggressive and addicted to instant gratification. They also make you woefully inefficient: You feel productive while achieving precisely nothing. And most dangerous of all, they make you think you can do things you can't, like be a global ruler or score goals like Robin van Persie when actually you are too unfit to run round the block.

But now I think of it, these traits – aggression, inefficiency, laziness and overconfidence – aren't entirely alien to our own working world. So maybe the new version of the office run by the gaming generation won't be all that different after all. It will be good and bad. Just as it is now. 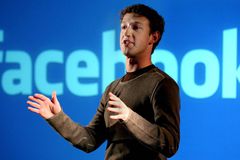 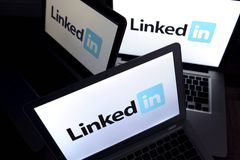 Should I leave my job if they don't promote me?
September 29, 2011
Water-cooler gossip falls victim to digital revolution
March 6, 2012 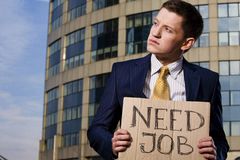