The role: The role of freelancers goes beyond that of a newspaper and magazine reporter. They pitch story ideas to editors, conduct interviews, submit drafts and sometimes rewrites, but they also run a one-person company. As such, they are responsible for bookkeeping, including invoicing, tracking payments, collecting HST and complying with the Canada Revenue Agency's sole-proprietorship requirements if they earn more than $30,000 a year.

To be successful, they need to be well-disciplined, organized, have strong time-management skills and an ability to balance a variety of projects at once. In an industry that puts a strong emphasis on reputation and reliability, letting an assignment fall through the cracks can be detrimental.

Education: There are no educational requirements for freelance journalists, but a diploma, bachelor's or master's degree in journalism can provide a leg up for new entrants. Journalism programs at the university and college levels provide foundational skills that can be vital to aspiring journalists, and many also provide internship and co-op opportunities with employers in the industry.

Salary: The salary of a freelance writer ranges widely, based on the rates provided by the publications for whom they work, the number of publications they contribute to and the frequency of their published stories.

Once they have a body of work to show editors of better-funded organizations, they can begin pitching more ambitious projects, using their unpaid work as samples.

It is not uncommon for full-time freelance journalists to start their careers earning pay of less than $30,000 a year, though it has the potential to increase rapidly.

Job prospects: Efforts to reduce full-time staff in newsrooms has opened the door to more opportunities for freelance journalists. However, competition has become fiercer, as many who have left newsrooms now work as freelancers.

Depending on the freelancer's subject area of focus, location has become less of a relevant factor, as interviews can be conducted over the phone and drafts can be submitted by e-mail.

Editors assign work to the writers they can depend on, making those first few assignments a key chance to set the groundwork for continued job opportunities. Conversely, a missed deadline or a sloppy submission can have long-lasting negative repercussions.

Challenges: Freelance journalists have many of the same challenges as staff reporters – such as managing their time effectively and meeting tight deadlines – with the added challenges that come with running a business – such as securing work and managing their accounting.

Asked about their greatest challenge as a freelance journalist, 34.1 per cent of participants in the Contently survey responded "securing enough work," 26 per cent said "time management" and 13.6 per cent said "cash flow issues."

Why they do it: Though being a freelance journalist can be challenging, those who do choose to do so enjoy the freedom of being their own boss, setting their own schedules.

Misconceptions: Many people don't understand how freelance journalists acquire work from editors, as there is no formal process. When freelance journalists start out, they must spend a lot of time developing story ideas, many of which will likely be rejected, before getting an opportunity to contribute to a particular publication.

As the relationship with that publication develops, however, editors will often begin to assign work to the freelancer.

Give us the scoop: Are you a freelance journalist? Write a note in the comments area of this story or e-mail your comment to careerquestion@globeandmail.com and let us know what you would tell others who are interested in the profession.

We Are Market Basket recalls when workers went to bat for their boss
May 15, 2018 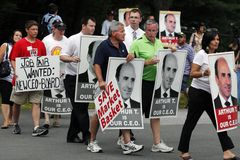 Executive search firms can impact employer branding – for better or worse
May 15, 2018 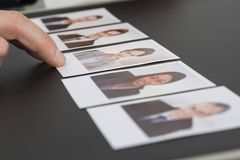