The Role: Once relegated to science fiction, machine learning is a fast-growing field of computer science today. It focuses on designing algorithms that allow machines to make decisions based on information they gather themselves, finding patterns and insights in places they weren't explicitly programmed to look, mimicking human learning.

Machine learning can be found in many products today, such as when streaming services recommend a new show or artist based on previous consumption habits, a text messaging application guesses the rest of a sentence or an autonomous vacuum cleaner swerves around the leg of a table that it crashed into earlier. In each example the machine has adjusted its behaviour based on information it has gathered on its own. It is up to a machine learning engineer to design the complex algorithms that enable machines to gather information and identify such patterns.

"The day-to-day requirements of the role at Fathom are not terribly different from a software engineer in that you are going to spend a good amount of time writing and reviewing code as well as documenting and testing your outputs," said Andrew Lockhart, the co-founder of Fathom Health. The San Francisco-based company, which has offices in Toronto, uses machine learning to draw insights from health-care records.

Salary: According to Mr. Lockhart, machine learning engineers typically earn salaries comparable to mid-career software engineers, as most need a few years of experience in software development before specializing in machine learning.

According to Indeed.com the average annual salary of machine learning engineers across Canada is $102,822, with those based in Toronto and Vancouver earning an average of approximately $110,000 a year.

"You're probably looking at $100,000 on the low-end and well upwards of $200,000 at the Googles and Facebooks of the world for PhDs from top labs who have blue-chip industry experience," Mr. Lockhart added.

Education: In such a highly technical field, employers typically require advanced degrees from potential machine learning engineers, Mr. Lockhart explained. "Most companies are going to be looking for either industry expertise or graduate degrees in computer science with a focus on machine learning," he said.

Lockhart said that specialized education in the field has gotten somewhat competitive among engineers and computer science students in Canada because of an increase in demand in recent years. Lockhart explains that as the technology advances it also becomes more accessible to those without specialized training in the field.

Job prospects: As a pioneer in the development of machine learning, Canada has long been at the forefront of developing the industry, yet a majority of demand still comes from south of the border. Many of Canada's best and brightest in the field have historically found more employment opportunities in Silicon Valley or elsewhere within the United States, though the brain drain has recently shown signs of reversal.

Mr. Lockhart added that in the past year, competition for talent in the field has gotten so fierce that major tech firms such as Google, Amazon, Microsoft and Uber have all built or acquired machine learning teams in Canada.

"In addition you have some very well-funded Canadian startups like Element AI that are building large machine learning teams, as well as smaller startups like us at Fathom, so there is no shortage of opportunity," he said.

Challenges: As a relatively young field the industry is still working out some of the kinks that come with the development of any new technology. "Anyone looking to do machine learning is going to need to be comfortable playing with things that aren't quite fully baked, which can often lead to long nights debugging or rewriting things because things didn't work out exactly how the documentation said it would," Mr. Lockhart said.

Why they do it: Though it comes with many frustrations, helping to pioneer a new technology in a quickly emerging field can be very rewarding to those who like to solve problems, tinker and challenge themselves. "In addition you'll likely get the same sort of perks traditionally associated with tech startups," Mr. Lockhart added. 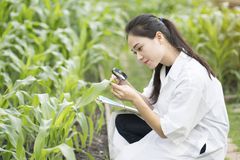 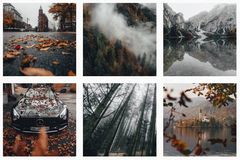 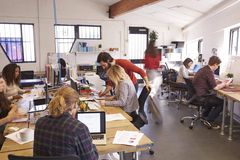 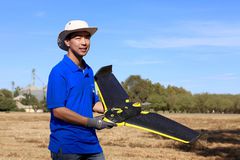 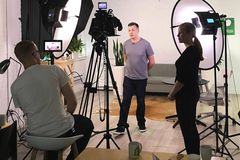