Role: From Plato to Martin Luther, and Einstein to Shakespeare, many of history's brightest minds have made reference to the therapeutic powers of music. Though not dispensed by a pharmacy, music is often considered its own form of medicine, and is widely used in therapeutic settings to help patients with neurological disorders ranging from autism to stroke to dementia, and has even been found to be beneficial in end-of-life care.

As the job title implies, music therapists are both trained musicians and trained therapists, and their role changes, based on the setting and patients they are working with that day.

"A typical day doesn't exist," says Chrissy Pearson, the clinical manager of the Music Therapy Centre in Toronto. "It really depends on who the therapist is working with, and the kind of setting that they're working in."

She says that music therapists might find themselves soothing a hospice care patient with late-stage cancer one day, helping students with autism identify musical patterns the next, and jogging the dwindling memories of dementia patients – who may not remember their own names but can recall a childhood jingle – the day after that.

Music has been found effective at stimulating areas of the brain that cannot be necessarily be reached through speech and physical movement. Ms. Pearson explains that music therapy can help those with autism understand social and emotional cues, provide therapeutic support and help regulate breathing for palliative care patients, or allow someone who has lost their speaking skills as a result of traumatic brain injury or stroke the ability to communicate through song.

"We essentially are therapists who use music as a tool to help people reach non-musical goals," she says. "It's incredible how music can reach people in different ways than other forms of therapy, and that's pretty apparent with people who have brain injuries or neurological disorders like dementia."

Education: The industry is regulated by the Canadian Association for Music Therapy, which provides educational standards and accreditation to its membership. In order to become a member, students must complete, at minimum, an undergraduate degree in music therapy, a 1,000-hour internship and a board certification exam.

Such programs typically include music education and psychology courses, counselling and social work training, as well as practicums and internships.

Music therapists must also prove that they are continuing their education in the field in order to renew their membership with the CAMT every five years through participation in workshops, classes, conferences and by working in the industry.

Salary: Music therapists' salaries range significantly based on where they practice, whether they are employed full-time or work in a private practice, and their level of experience.

Ms. Pearson estimates that the salary of those working as full-time employees can range from $35,000 to $75,000 a year, depending on the type and size of the facility they work in, its geographic location, their years of experience and their qualifications. Those working in a private practice can see an even wider salary range, from about $25,000 to $85,000 a year, depending on similar factors.

"That range is mostly based on what kind of facility they work in, where it is and years of experience," she says. "This is a growing field and a lot of people don't really know about it, so it's harder to convince people that it's worth the money that we should be compensated."

Job prospects: While Ms. Pearson says there is a significant demand for music therapy in Canada, funds to support the industry are often lacking.

"A family who has a child with a physical disability already has a mountain of expenses that they need to pay for. They have equipment and physiotherapy and occupational therapy, and to add music therapy, as beneficial as it is, usually ends up at the bottom of the list," she said, adding that the Canadian Music Therapy Trust Fund, a charity that Ms. Pearson supports through fundraising and marketing expertise, is among the few financial aid resources in the country. "I think the demand is actually growing, but the available resources are not growing. That's the challenge."

Challenges: While a lack of funding remains among the most significant obstacles for music therapists, other challenges include keeping their training and skills up to date, as required by CAMT.

"Another difficulty is the emotional toll that being a therapist can take," Ms. Pearson said, adding that music therapists often benefit from establishing their own emotional support network.

Why they do it: Music therapy is extraordinarily rewarding, and those in the field are motivated by the results they see in patients, Ms. Pearson says.

"That can be as simple as having a client with dementia have a moment of connection with their son or daughter, or witnessing a child with a traumatic brain injury walk for the first time as a result of what you're doing," she says. "It's amazing to see how many different ways our work can impact people."

Misconceptions: Ms. Pearson says that people often fail to recognize the distinction between playing music as entertainment, even in a hospital or educational setting, and music therapy.

"I have a degree and training, and I'm not performing, but doing therapy sessions," she says. "It does shock people that this is a profession that requires its own unique training."

Give us the scoop: Are you a music therapist? Write a note in the comments area of this story or e-mail your comment to careerquestion@globeandmail.com and let us know what you would tell others who are interested in the profession. 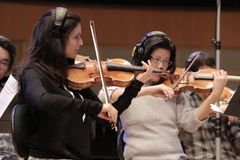 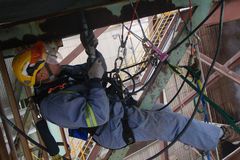