The role: While paralegals are unregulated in other provinces, their role is more defined within Ontario, which began regulating the profession in May of 2007.

Paralegals licensed in Ontario are able to provide representation to clients at tribunals and in the lower courts, such as small claims court. They can also appear before a judge to argue on behalf of a client for minor offences that have a conviction period or six months or less.

"A paralegal [operating outside Ontario] would be very much like a law clerk, but a little bit more knowledgeable in how to run the case," said Judi Simms, a licensed paralegal and president of the Paralegal Society of Canada. "A paralegal would do the research on the case and probably have some ideas as to what the pleading should be."

Education: There are no educational or licensing requirements for paralegals operating outside Ontario, though Ms. Simms said that many will seek education in Ontario in order to improve their job prospects and salary expectations.

"There might be some education programs in community colleges where law clerks study, they might have some kind of paralegal studies, but in general we get a lot of inquiries from students in different provinces asking where they can actually get their education, and the answer is typically Ontario," she said.

The profession is regulated within the province of Ontario by the Law Society of Upper Canada, which administers an accreditation exam for aspiring paralegals.

"They have to graduate from an accredited college, either in paralegal studies or have a bachelor of arts in paralegal studies –it can be a two- or three-year program – and they will have had to have done their co-op hours, and then they pass an examination," said Ms. Simms, adding that the co-op period is typically 120 hours, followed by the eight-hour exam.

Salary: The salary of a paralegal varies widely based on a wide range of factors, such as employer, location, experience, education, specialized skills and even network connections.

Even within Ontario, where the profession is licensed and regulated, salaries will vary widely among employers.

"If they go to work for a law firm, they'll start out making the same as a legal secretary, some of them start as low as $15 or $20 an hour, and they might get to a point where they're making $50,000 a year," Ms. Simms said. "A really good one working for the government – because there are quite a few working in government – make about $70,000 a year, but there's a lot of paralegals in private practice, and typically they say the starting-out rate you can bill yourself out for is $50 to $75 an hour, and go up from there."

Ms. Simms said that some paralegals in private practice are able to earn six-figure salaries, depending on their specialization and rate of referrals.

"In the rest of the provinces, a paralegal would get the same wage as a legal assistant, because that's what they are," she said. "A really good one could be making $70,000 a year. One that's got meagre training or is just starting out could maybe make $25,000 or $30,000 [annually]."

"In Ontario, I think it's a hard go. It so much depends on the persona," she said, adding that there are more paralegals in Ontario than the rest of the country combined, making competition stiff for new entrants. "They say you have to dress the part, walk the walk and talk the talk. There are many paralegals out there that are not prepared in that regard, and they're not very successful."

Challenges: The challenges for paralegals are many, as the relatively young industry is still finding its place within the law community, Ms. Simms said.

"Until you get more experience in the field and until you spend some time in the courtroom and until you actually get your feet wet, you're going to be pretty lost, because it's not like anything they taught you in school," she said. "One of the biggest challenges is kids coming into it from high school and not having the equipment to really deal with the program."

Why they do it: Paralegals often have strong analytical skills and an interest in working within the legal community. Within Ontario, they are able to operate their own practice without the costs or time commitment of completing law school, though their role is more limited than fully licensed lawyers.

Misconceptions: Ms. Simms says that there are many misconceptions about the paralegal structure in Canada. Many believe that paralegals are licensed throughout Canada, and that paralegals can appear before courts and tribunals outside Ontario, which is not the case.

Give us the scoop: Are you a paralegal? Write a note in the comments area of this story or e-mail your comment to careerquestion@globeandmail.com and let us know what you would tell others who are interested in the profession.

Women have the numbers at the B.C. Lottery Corporation
September 9, 2015 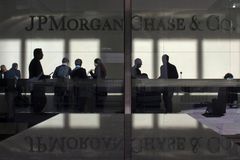 Why your top talent wants a divorce
September 7, 2015 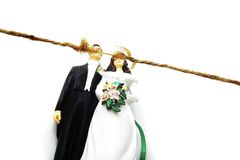