The role: The role of a voice actor is to perform lines from a script for audio production projects ranging from TV and radio commercials to video games to corporate presentations.

"Any time that you hear someone's voice but you don't see their face, that's a voice over," said Jennifer Smith, the talent services manager for Voices.com, a London, Ont.-based online marketplace for voice actors. "In terms of day-to-day aspects, most of the stuff that they're doing is not just voice over work, but it's everything else that goes along with the business. They're editing their own work a lot of the time, sometimes they're doing their own production work, they're also handling and running their own business, everything from finance and collections to marketing and auditioning."

While voice over actors historically went into a studio to record audio tracks, the Internet now enables freelancers to audition for jobs, record and edit audio and run their businesses remotely.

"If you're interacting with another voice actor at the same time it will often be done in a studio," said Ms. Smith. "A lot of the work done in studios is in New York and L.A. right now, and some in Toronto, but most of the work is being done online."

Education: While there are no educational requirements for voice actors, Ms. Smith strongly recommends working with a voice coach before entering the industry.

"Whether you work with somebody one-on-one, take webinar classes, go to workshops, [or] go to college for voice over work, there are programs that will take you from start to finish; from learning how to read and interpret scripts to recording a demo," said Mr. Smith. "People don't realize how much work and thought and analyzing can go into reading a script for a commercial for example, and how much thought really goes into deciding how to say every single word."

Salary: According to Ms. Smith, the average job on Voices.com pays between $250 and $300, plus residual payments. Voice actors who are members of the Alliance of Canadian Cinema, Television and Radio Artists (ACTRA) are paid according to union guidelines, which define rates based on the type of project.

"There are definitely a lot of benefits to working with a union, because that allows you to have benefits, a pension, you're able to have the security in knowing that somebody is fighting for you to make sure you're being paid a fair salary for your service," said Ms. Smith. "The downside to starting out with a union right away is that you're limited, you're only able to do union work."

Ms. Smith adds that union work tends to pay more than non-union work, however the job opportunities are more limited. As such, voice actors typically join unions later in their career.

Voice actors salaries depend on the amount of work the individual is able to secure for him or herself, and can fluctuate from year to year. Ms. Smith adds that many begin their voice acting careers part-time.

"If someone were to book a couple of jobs a month when they're first starting out, it would definitely be a good addition to a full-time salary," she said. "I would say that people that have been in this business for three, four, five plus years, that have gone full-time, are easily making a six figure income, or more."

Job prospects: With the Internet enabling the sharing of high quality audio recordings, voice actors compete on a global scale, and are able to find work anywhere in the world.

"There is definitely a lot of competition, and I would suggest that anybody getting started in the business should make sure they've got the training and have a very competitive demo and a good home studio set up so they can be competitive," said Ms. Smith, adding that auditions can be submitted within a matter of minutes. "Somebody could audition for 20 or 30 jobs per day, however they may be up against 50 or 100 other auditions. It wouldn't be unlikely for somebody to do 50 to 100 auditions to get their first job."

Challenges: Like many freelance careers, Ms. Smith says the greatest challenges of the job are associated with running and managing a business.

"They need to not only have an interest in voice acting, the artistic side of things, but they also need to be a good business person," she said. "There's lots of rejection in this business, so they need to not take it personally."

Why they do it: Voice actors enjoy the ability to be their own boss, work for themselves, often at home, and on their own schedule. They also enjoy contributing to media projects and expressing themselves through voice acting.

Misconceptions: Ms. Smith says that there are many misconceptions when it comes to voice acting. Having a naturally appealing speaking voice, for example, is not nearly as important as being trained on how to get into character and pronounce words exactly as the director needs.

"There's more to it than a lot of people realize," she said. "You actually need how to be an actor, you need to consider how to properly enunciate every word, you need to learn where the inflection goes, you need to learn how interpret scripts and you need to be able to learn exactly what that client is trying to convey to their customers or audience."

Give us the scoop: Are you a voice actor? Write a note in the comments area of this story or e-mail your comment to careerquestion@globeandmail.com and let us know what you would tell others who are interested in the profession.

Why employers are caring for the caregivers
August 18, 2015 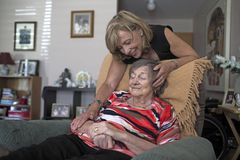 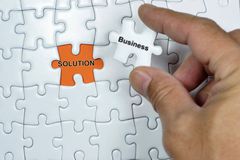 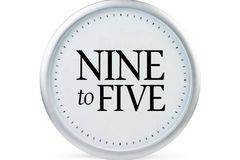