The role: The role of an aerial firefighter, also known as an air tanker pilot, is to drop fire retardant from a fixed-wing aircraft in an effort to suppress and contain wildfires.

"A large part of our day is standing by," said Grahame Wilson, a captain with Abbotsford, B.C.-based Conair Aerial Firefighting.

Mr. Wilson, 59, explains that each day, the BC Wildfire Service sends out an alert indicating the probability of wildfire occurrence. On days with high probability, Mr. Wilson and his team are required to remain on standby at a base in Kamloops. Other days, he is assigned a response time, indicating how quickly he would need to return to base if a wildfire were to break out.

"For example, today I'm on a one-hour response time beginning at 9 [a.m.], and at noon they move that up to a 30-minute response time," he said.

During the four-month wildfire season in British Columbia, Mr. Wilson said he spends about 200 hours in the air, and between 1,200 and 1,300 hours on standby.

When the call comes, Mr. Wilson receives an e-mail with all the necessary information, makes his way to the runway and begins the preflight checklist procedure with his co-pilot as the ground crew loads the aircraft with a fire-retardant solution.

"Based on what we received on our smartphone, we will plug the latitude [and] longitude into the GPS, and choose an altitude that's appropriate to fly to that fire," Mr. Wilson said. "We always work with a bird-dog aircraft – he's the command-and-control aircraft – and we will contact him five minutes from the fire."

Upon arriving at the scene, the bird-dog aircraft explains the manoeuvre that is required and flies the path first.

"They'll demonstrate the run while looking for hazards, unusual things like wind drift," Mr. Wilson said. "If I understand the run, I'll go ahead and do just what they did, dropping the retardant at the starting point."

Following the drop, the command-and-control officer assesses its accuracy and instructs the pilot whether to reload or remain on base.

Education: In order to become an air tanker pilot, one must obtain an Airline Transport Pilot Licence through Transport Canada. There are a variety of institutions across Canada that offer aviation training, including Mount Royal University in Calgary, Seneca College in Toronto, and the Professional Flight Centre in Vancouver.

"You are also required to have to have a 'type endorsement,'" said Mr. Wilson, explaining that endorsements are airplane-specific pilot certifications provided by Transport Canada. Just because you can fly a commuter jet does not mean you can pilot a water bomber, for instance. "Once the candidate is ready for their flight test, we have designated examiners within the company that are authorized within Transport Canada to do the check rides. When you pass, you get an endorsement on your licence."

Conair typically requires pilots to have 4,000 to 5,000 hours of flight experience as well as the necessary licences and designations before starting a month-long, on-the-job training program.

"Typically a person would have flown commercially for eight to 10 years prior," Mr. Wilson said. "Often in this business, people start out as co-pilots, sometimes they start out as bird-dog pilots. It's not normal to start out as a captain on an air tanker; that's something you build up to."

Salary: Salaries vary among provinces based on the demand for air tanker pilots, as well as the structure of the industry. For example, British Columbia contracts the job out to private companies like Conair during wildfire season, while other provincial governments like those of Ontario and Quebec directly employ air tanker pilots year-round.

Mr. Wilson explains that most pilots in B.C. earn between $40,000 and $100,000 a season – which lasts between four and six months – depending on their position and level of seniority. He adds that some pilots will use the off-season to earn extra income, while others are able to take the remainder of the year off.

In Ontario, there are seven CL 415 water bomber pilots listed on the Public Sector Salary Disclose list, also know as the "Sunshine List," with salaries between $100,00 and $120,000 annually.

"There's approximately 300 pilots that do this in the whole country," he said, adding that there is a lot of competition for new entrants. "When you compare that to how many pilots work for WestJet and Air Canada and the rest of the airlines, it's a very small industry for pilots."

Challenges: The greatest challenge to air tanker pilots is the difficult environmental conditions through which they fly in order to reach wildfires.

"We need to be able to see in order to do this job safely and properly," Mr. Wilson said. "Smoke can definitely be an issue."

Why they do it: Mr. Wilson said that air tanker pilots are passionate about flying but are also eager to make a difference.

"I've been to half a dozen fires this year that we managed to snuff that were in front of people's houses, and that's the reason I do it," he said. "I never get tired of that. The other perk is the time off in the winters."

Misconceptions: Many people are under the impression that air tanker pilots put out fires themselves, when they often aim to contain wildfires in order to assist ground crews, Mr. Wilson said.

"If the fire is small, say 100 square feet or so, then we will drop directly on it to put it out, but typically we're making lines around the perimeters," he said. "It's usually the ground crews that do the work of putting the fire out. I'm there to buy them time."

Give us the scoop: Are you an aerial firefighter? Write a note in the comments area of this story or e-mail your comment to careerquestion@globeandmail.com and let us know what you would tell others who are interested in the profession. 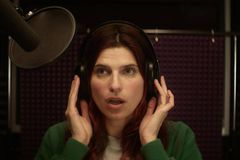 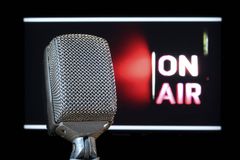 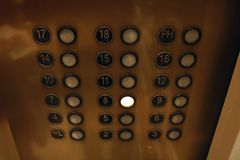