When I first started practising law, I received a complaint from a competitor who cautioned me against referring to myself as an "expert." At the time I believed that her interests were conspicuously self-aligned, but many years later, I find myself making the same complaint about others. This is because the rules designed to protect individuals from lawyers' misleading advertising seldom achieve their purpose – especially in the field of workplace law, where lawyers market directly to the general public.

If you are going to hire a lawyer for legal issues at work, here are some factors to consider:

Does the lawyer come for free?

I get so many requests from people who want me to give them advice for free. But in law, just as in life, people get exactly what they pay for. If a lawyer advertises for a free consultation, it should raise red flags. Just last week I was asked to provide a second opinion to an individual following a complimentary session he had with another lawyer. The other lawyer took one quick look at his case and declared that it was a winner. The individual then paid a hefty fee to commence a legal action. But there was one glaring error. The individual had already signed a release against his ex-employer, meaning that he was legally prevented from suing. The first lawyer missed the problem completely during their initial free consultation, which does not surprise me because it was not much of a consultation at all. What's worse is that by the time the lawyer later discovered the problem, the individual had been billed twice the standard fee that most lawyers generally charge for an initial meeting. In other words, his "free" consultation ultimately cost him much more. If you want good advice, be prepared to pay for it – like everything else.

These lawyers live by the 80-20 rule, except that it is inverted. They do 20 per cent of the work and expect 80 per cent of the profit. The biggest complaint I hear about them is that no matter how strong a case they have, they will invariably never go to trial, preferring to settle as many cases as possible as quickly as they can. Once this reputation is fully developed, company lawyers will never take them seriously, which is sadly reflected in the settlements they are then offered. Fortunately, they are easy to spot. Before hiring a workplace lawyer, ask him for his last five employment law court cases that were reported. If he can't produce them, go elsewhere.

On the flip side are those lawyers who spend extraordinary amounts of time on just about everything. They are just as harmful. One, who used to work for me, would have complaints pile up from her clients because nothing would ever get done. In workplace law there is a premium on speed because, as a general rule, employees' cases do not get better over time, they get worse. Have your lawyer commit to a reasonable timetable and ensure that he or she sticks to it.

Today, most legal marketing is done online, where there are few regulations about what is written. As a result, there is nothing stopping lawyers without much experience in employment law from professing that they practise it, on their websites and in the media – and they do. For instance, when I searched Google for "wrongful dismissal lawyer in Toronto," one individual who I'd never heard of before appeared at the top of the list, which surprised me until I also quickly found his name when I searched for both "divorce lawyer" and "immigration lawyer" in Toronto. The problem is that Web-based advertising allows lawyers to pay for their high rankings online and to claim expertise in an area of law that they do not even practise. The reality is that there are few lawyers who exclusively practise workplace law and even fewer who can comfortably call themselves "experts." Most just dabble in the area, despite professing otherwise. Inquire what percentage of your lawyer's time is spent solely on workplace law matters – and don't pay for his or her education.

The biggest complaint people have about lawyers are their accounts – and often for good reason. Since lawyers' fees are largely unregulated, they can employ all sorts of billing practices which favour them no matter the result. But there are ways around this. First, lawyer fees are negotiable, like anything else. The key is to negotiate at the outset, not at the conclusion. Second, be wary of oral agreements on fees, as these are often interpreted in the lawyer's favour. Finally, if you are paying any money up front, ensure you know how far it will take you. If asked, a lawyer should predict, to the best of his or her ability, the potential costs of your case. Then try to have them stick to that arrangement, no matter what he or she later says. 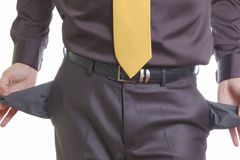 What are the rights of a worker on indefinite sick leave?
April 10, 2012 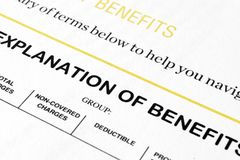 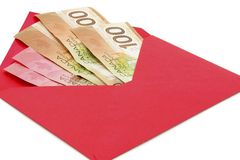 Can an employer fire someone for being in a same-sex relationship?
March 13, 2012 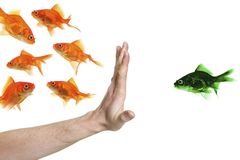 What to do when your position is eliminated
January 3, 2012
Follow us on Twitter @globe_careers Opens in a new window
Report an error Editorial code of conduct
Due to technical reasons, we have temporarily removed commenting from our articles. We hope to have this fixed soon. Thank you for your patience. If you are looking to give feedback on our new site, please send it along to feedback@globeandmail.com. If you want to write a letter to the editor, please forward to letters@globeandmail.com.
Comments