A little dose of flexibility in the workplace can pay significant dividends on the home front. A new study shows that the introduction of a ROWE program, in which employees choose their own work hours in a Results Only Work Environment, can reduce feelings of time pressure and give busy mothers the ability to have one extra dinner a week with their kids.

It's not Nirvana and it won't solve all work-home life conflicts. But it's intriguing, at a time when so many people are moaning about the inability to handle the pressures of work and life, and experts are calling on employers to do their bit.

They took the opportunity to study the decision by electronics retailer Best Buy to adopt the ROWE program for some units, allowing white-collar employees the chance to work from anywhere and select their own hours, as long as they hit their targeted results. The program didn't reduce work hours, but gave employees more control.

Management selected who went into the ROWE program, not the researchers. But with some people keeping their regular hours, the researchers were able to have a control group. They were also able to test the groups beforehand on four critical measures.

There can be a mismatch between time actually spent with children and perception of time adequacy. Ms. Hill notes that the time mothers and fathers are spending with children has been increasing since the 1960s, but the sense of a time squeeze has intensified. For this study, parents were asked how adequate was the time spent with family and how adequate time with children, on a scale of zero (not at all adequate) to 10 (almost always adequate).

After the ROWE implementation, there was not a significant increase overall in time spent with children and the number of dinners – with one exception. Mothers who ate fewer than three main meals with children a week – no meals, one meal, or two meals – actually added one extra meal with their children a week. "If they were already having five or six meals a week with the children, it's hard to improve. But if [there were] only two meals a week, there is more chance to grow. And they did," Ms. Hill says.

One extra meal a week may not seem like much, but she points out for this group it was a significant improvement, suggesting the greater work flexibility ROWE offered was very helpful. "We think that was an important finding," she stresses.

Another important finding was that mothers, on average, were more likely to say they had enough time with their children after the ROWE program was implemented. Somehow, a feeling of time squeeze was reduced by simply allowing more flexibility in scheduling – even though there was no reduction of time at work and no actual increase of time with family. "Although these mothers may not have spent more time with children, the time may have been more of the type they value most," the report speculates.

The findings for fathers were more mooted. There was no significant change in time spent with the children for fathers and the perceptions about time squeeze were meagre. "Fathers increased the number of full days working off site. Even though their time adequacy didn't change, they changed the way they worked. That's not to say fathers didn't value or benefit from ROWE but, on what we measured, there was little change," she states.

She warns it is hard to say whether another program offering work scheduling flexibility would gather the same benefits. In particular, a crucial issue would be whether the program is truly giving parents flexibility or invading their personal lives by expecting them to work more when at home with family. "Not every flexibility program is created equal," she notes.

But the results are still positive. Some more main meals with children for the most hard-pressed mothers. And a reduction in the perception of a time squeeze. Best Buy has cancelled the ROWE program, ironically, but other companies concerned about work-life balance may want to consider it. 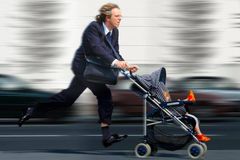 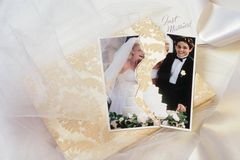 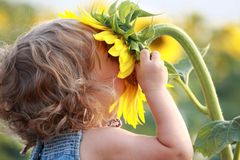 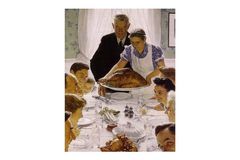 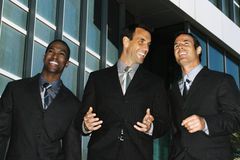 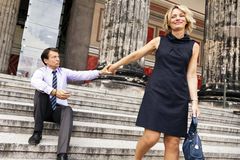