It's summer. We should go out and play, right?

Unfortunately, there comes a time in our lives when we lose our sense of fun in favour of "serious" pursuits such as getting ahead at work, paying bills and taking care of family members. However, there are signs that fun might be making a comeback among busy professionals. It may even make career sense.

On June 20, the summer solstice, 250 adults congregated at Trinity Bellwoods Park in Toronto to create flower crowns, and play tug-of-war and musical instruments.

The event was hosted by Camp Reset, which is on a mission to inject fun back into working people's lives by hosting summer camp weekends for 100 adults at a site about an hour outside Toronto. It started last year and they added a second weekend of camp this summer to meet the demand.

"We were very acutely aware that we were living busy lives and we lost something along the way. We wanted to create a space where people can disconnect from technology, from their identity, from their work life and their to-do list. We don't allow real names or work talk," said Andrew Peek, one the eight co-founders of Camp Reset.

Mr. Peek said that attendees range in age from their early 20s to late 50s, although the majority are in their 30s and 40s. Many are entrepreneurs, but some are also lawyers and accountants. They come from Toronto, but also London, New York and San Francisco, and sleep in tents or bunk in cabins.

"It's not that you need camp," Mr. Peek said. "You need play, and there is very little play left in our lives. … We don't devote a lot of time to it because it is not by nature productive," he explained.

Adopting the Camp Reset state of mind comes as a culture shock to most adult campers, Mr. Peek said. One of the hardest parts is learning to start a conversation that doesn't begin with "Hey, what do you do?"

Not needing to answer that question and being allowed to go without a title for a weekend meant a lot to Tonya Surman, chief executive officer of the Centre for Social Innovation (CSI), who attended last year's camp and will return this summer, as Tank Girl.

"I can't tell you how freeing that was that I didn't have to answer that dreaded question, 'What do you do?' " Ms. Surman said.

"At first, it was super awkward to be introducing myself to people as Tank Girl, but everyone was faced with the same challenge and it really made me remember who I am without any of the other societal things around me," she said.

She noted that one of CSI's values is to foster social change and have fun doing it, but she needed to rediscover the fun part. Camp allowed Ms. Surman to remember that fun connects you with others and creates a sense of belonging. She's learning to apply that sense of fun while working with her team of 50 employees at CSI, a co-working space for non-profits, charities and social enterprises.

"I wish that every CEO were having a bit more fun. Our world would be a much better place," Ms. Surman said.

There are countless health and professional benefits to having fun but few adults talk about it, said Bowen White, a Kansas City-based medical doctor, author and founding board member of the National Institute for Play.

"When companies have a mission statement, they talk about values. Fun isn't usually in there. Fun is something you do after work, if you have time. How many people do you know that say, if you want to get ahead in life, play more?" he asked.

Unfortunately, Dr. White said, most of us learn to accept early on in life that success and fun are mutually exclusive. Yet, this attitude isn't healthy or productive.

"Being playful helps create a safe psychological space where you and those around you can risk being vulnerable. A real leader needs to create that environment. Perfect is an unreal expectation for a human being," Dr. White said.

He practises what he preaches, travelling the world to give workshops and presentations in his clown persona, a proctologist with a big butt named Dr. Jerko. He developed the persona in the early nineties on a trip with Patch Adams, a medical doctor and clown, to visit orphanages and hospices in Russia.

Dr. White observed that playfulness goes hand in hand with creativity and most of what we do as adults is problem solve. To get back to our child-like roots, he recommends a healthy dose of misbehaviour. One of his suggestions is to don a red nose while you commute to work and wave at the other drivers. That experience, he argues, will improve your workday and change your mindset at the office.

"We say time is money but we don't know how to spend it wisely," he added. 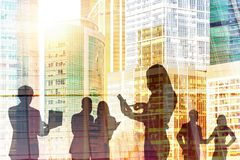 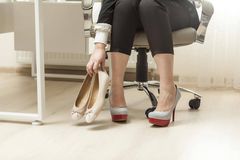