If you're a founder of a company or an early employee, serial entrepreneur Steve Blank says you will eventually find yourself faced with an exasperated question from your spouse: "Which is more important, your work or me and the family?" The question usually won't come at an opportune time. It may come in the early morning hours after you have yet again skipped an important family event for a long bout at work, or when you suddenly announce the planned trip together for the weekend must be cancelled.

Mr. Blank is a blunt fellow, and so when he was first asked the "Which is more important" question, he answered tersely: "The job." His marriage effectively ended with that answer, and he's glad there were no kids around.

But the Silicon Valley veteran has done a lot of thinking about the issue of entrepreneurs and their families, having remarried and reformed his behaviour so he was a successful father to his children. Now retired and teaching at Stanford University, he has shared his advice on his blog and in an interview.

There are a lot of books on entrepreneurship jammed with tips for founders, but they almost always ignore the issue of family. "That's a little criminal," he says. "Entrepreneurs think that family and work life are separate spheres – family life shouldn't intrude on work. Only after you have screwed it up or lived through it do you realize that's wrong."

He realizes that his first marriage was blown apart because in the excitement of working long hours at Convergent Technologies, a workplace proud of being called "the Marine Corps of Silicon Valley," he had succumbed to four lies that entrepreneurs tell themselves:

"None of these were true," he admits on his blog. "I had thrown myself into a startup because work was an exciting technical challenge with a fixed set of end points and rewards. In contrast, relationships were messy, non-deterministic (ie. emotional rather than technical), and a lot harder to manage than a startup."

In retrospect, he realizes that the people he had admired in his 20s and 30s as awesome at work had raised kids who didn't know them, or hated them. "Time is one of the things you don't get back," he says.

So when he and his second wife had kids, they built, over time, some rules to make sure the entrepreneur-father was not just an entrepreneur. He shares the rules with a caution: Even though the approach proved successful for his family, they were dependent on his wife, who had an MBA and had also been involved in startups, sacrificing her career to be home with the family.

They agreed to have a family dinner at home most nights of the week. Since it was at 7 p.m., allowing him more time at the office, his wife often secretly fed the kids at 5 p.m., but the formal time allowed them all to eat something together, share their experiences that day, and have family meetings. Since he was home, he would then help the kids with their baths, read them stories, and put them to bed.

During that dinner and initial after-dinner period, he agreed to be fully engaged with family. It wasn't always easy, of course, but his family would call him on it when his mind was clearly elsewhere. However, once the children were in bed, he would return to his computer and work for another four or five hours, into the early morning.

He would go into work on Saturday morning, but bring the kids along. Later, he found it helped them to know what their father did and created a feeling that work was "cool." But from Saturday afternoon, the rest of the weekend was for the kids and family activities. They also planned three weeks of vacation together each year.

Beyond that, he pledged to never miss a class play, soccer game, piano or dance performance, or birthday – if he was in town – and made sure to be in town for all major events of that ilk. They also had a date night one evening a week, when the couple got out of the house for a movie or dinner.

It took discipline and he feels it would be tougher today than two decades ago when he started his family because of handheld devices and social media. It would require more rules, to keep both father and children aways from their e-mail and Facebook accounts. But he still figures it only swallowed up about 15 per cent of his time to be a decent parent, along with some time shifting and priority setting.

The most important step was beating back the notion that he had to be in every meeting and always had to be the guy on a plane, off selling the company. "I realized I had to be with my kids instead," he says.

Indeed, that's what kept him from trying to change or cheat on the rules: "I liked my kids. They were a lot of fun." He believes you can't fake family engagement or force it upon yourself; it has to be something you really desire.

"If you don't want kids – if it's something your wife wants – get divorced or don't get married. It won't end up well for everyone," he says. "Kids aren't some startup you get to leave after three years. They require more than that."

You can lie to yourself, but you can't lie to them. 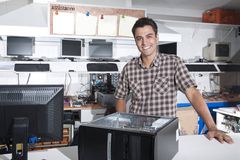 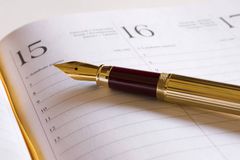 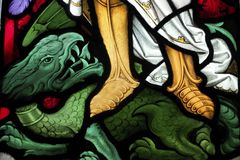