I work for a provincial government. I have been in my current position for seven months but have held public sector positions previously.

I was very surprised when I soon found out that it was expected for the entire branch (12 people including some highly paid executives and the branch director) to go for lunches lasting four hours on company time. This happens about twice a month. We are also strongly encouraged to drink. The director has about four to eight beers during one lunch.

Furthermore, some members of our branch will take the entire day off to go golfing and presumably drinking, claiming it as a "compensating overtime" day when no one works overtime – ever. Not only is it a waste of time but it is also a waste of taxpayer's money. And it creates a lazy work atmosphere.

I feel uncomfortable as an employee and a taxpayer that this is commonplace. I find it hard to believe that my director's superior is unaware of this. Should I attempt to bring this to their attention?

While I understand you are uncomfortable with what is happening, long lunches and days off golfing are not the worst work situations you could encounter. However, if you're not happy then something has to be done.

There are three options with this dilemma: accept it, try to change it, or quit.

While any organization can be lazy, I find laziness in government is permitted to breed like a frisky rabbit. Working in the private sector might be a better fit for your character and strengths.

If you decide to do something about this, keep in mind that you have been there only seven months. What type of relationship do you have with the branch director's boss? After all, you would be going up against 12 people including "highly paid executives and the branch director." They might consider their long lunches to be critical team-building time.

I recommend you take a patient approach. There is strength in numbers, so see if anyone else is feeling the same way you are. If everyone loves the way it is, you might be out of luck; changing a culture is extremely difficult unless you're the boss and you're willing to invest a couple of years and potentially make some staff changes.

Sometimes the squeaky hinge gets the grease. But sometimes it just gets replaced. So be careful.

The issue of alcohol on the job is obviously a tricky one. To analyze a "lazy" atmosphere, you need a bit of experience under your belt.

It is quite possible that your boss has a drinking problem, but if you are a relatively new employee, it is difficult to call him/her out on it at this stage. Spend some time on the job with an open mind. A team-building experience outside the office is not necessarily a bad thing but a Friday afternoon round of golf on a regular basis is definitely a waste of your time and the taxpayers' money.

If, after you have spent some time on the job and you still see a problem, I would approach your boss directly. Abuse of alcohol on the job cannot be ignored.

However, you might want to pay a visit to human resources first, explaining the delicate nature of the situation while asking for advice. Meanwhile, make sure you document in writing all the steps you have taken to approach the problem.

Sometimes an employee who exposes a workplace problem becomes a victim of unemployment. Protect yourself with a paper trail. If you have a direct conversation, make sure you follow it up with an e-mail summarizing the nature of your meeting.

Are you facing a burning issue at work? Need help navigating that minefield? Let our Nine To Five experts help solve your dilemma. E-mail your questions to ninetofive@globeandmail.com. Confidentiality ensured. Weigh in with your view at tgam.ca/careers. Check out past columns at http://tgam.ca/DjTz

We’re fed up with covering for the slacker newbie hires
December 9, 2012 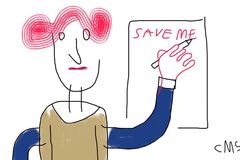 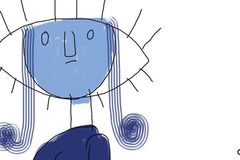 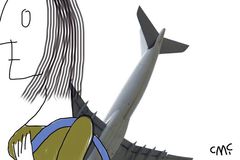 My team is caught in the middle of a power struggle
November 11, 2012 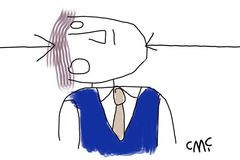 My co-worker won’t stop talking about his wife
November 4, 2012