I know I've reached a new phase in my life since many of my contemporaries are now getting divorced. It's not surprising, given that by most accounts, 40 per cent of Canadian marriages end in divorce. Still, I can't help but think this an unfair pitfall for friends who should be entering their good years. The sigh of relief that comes with kids in school full-time and careers in full-swing gets quickly overshadowed by exorbitant legal bills and financial wrangling.

Then again, maybe there is a bright side to divorce. While speaking at a Women in the World conference in London last month, Academy Award-winning actor Nicole Kidman told the crowd that divorcing Tom Cruise was the best thing to happen to her career, since it allowed her to focus on her job.

Lucy Kellaway, the management columnist for the Financial Times, also acknowledged that her recent separation "galvanized" her career. She realized that like other middle-aged divorcees, waking up to a lighter bank account has given her an extra spark at work.

"For me, it [separation] has meant that any thought of sloping gently towards retirement is out of the window. And because there is to be no such sloping, I can no longer allow myself the luxury of mild disillusionment. Instead, I am applying myself to the job, and, to my amazement and delight, find that instead of feeling trapped or sorry for myself, I'm rather enjoying it. The work itself has not changed a bit, but I am doing it with more conviction," she wrote.

Facebook's COO Sheryl Sandberg has often said that the most important career choice a person can make is deciding whom they marry but, how about if you divorce?

"I definitely take my own career more seriously now that I'm separated," said Toronto-based author Kate Hilton on her blog.

While married, Ms. Hilton and her partner mutually agreed that she would have the secondary career to allow more flexibility in their household. As a consequence, she now realizes that she thought of her career as less important than her former partner's but now places more value on it.

"When you are in a long-term partnership, you invest lots of time and energy into your partner's career, more than you even realize at the time. When you are single, all of that energy is directed at your own career advancement. For me, it has been a complete paradigm shift to think about my career first," explained Ms. Hilton.

Money also plays a motivating factor and while Ms. Hilton observed that few get rich writing novels, she has become more disciplined about how quickly she produces her work.

The combination of sufficient time to generate income and financial necessity are often motivating factors for the recently separated and can have a positive impact on one's career, observed Dr. Helen Ofosu, founder of I/O Advisory Services, a career coaching and human resource consulting practice in Ottawa.

"When someone must constantly figure out solutions, this practice makes them better able to create workarounds, think strategically and find new options. In the right work or business environment, this can lead to spectacular outcomes," explained Dr. Ofosu, who received her PhD in applied social psychology from the University of Windsor.

Surprisingly, divorce can also build self-confidence, she explained, since the act of surviving and recovering from a traumatic event such as divorce can be applied to other contexts.

Sourcing research by Thomas Stanley, published in his book, Millionaire Women Next Door, Dr. Ofosu noted that about half of very successful, self-employed women have been divorced at least once and many report that their former husbands were financially exploitive and narcissistic.

"Once someone has acclimatized after jumping into the freezing cold water of divorce, they often find a freedom and new awareness that comes from re-evaluating the assumptions that they thought were fixed truths. This sets the stage for new and better approaches to a range of things, including their career," encouraged Dr. Ofosu.

So what should newly separated professionals do to ensure that this emotionally devastating experience leads to a better career outcome?

Vikki Ziegler (www.vikkiziegler.com), CEO of divorcedating.com and host of Untying the Knot on the U.S. Bravo channel, cautions professionals to keep their divorce to "after hours" as challenging as that may be and avoid bringing drama into your job.

She suggested creating a "to do" list for your divorce and working on it at night and on the weekends. Then create a "do more at work list to separate yourself so that when bonus time comes around you can be the shining star," she added.

Dr. Ofosu suggested that the recently divorced use their "plentiful negative emotional energy" to fuel their careers. 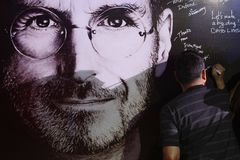 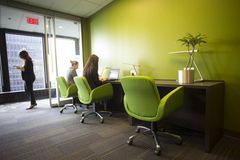