Computer engineer Bryan Gislason had his eyes on California as he graduated from the University of Victoria this spring.

"I wanted to work for a company that was innovative, growing and at the cutting edge of technology and I was focusing on Silicon Valley," said Mr. Gislason, 24.

They were looking for him as well. "A lot of the large companies in the States, including Google and Facebook, are constantly recruiting for Canadian talent at Waterloo, Toronto, and in the West," he found.

But rather than having to move to Silicon Valley, Kontagent, a San Francisco-based software company, placed him in its new Toronto-based engineering and support division. Kontagent has hired 15 Canadian software specialists for the office in the past year and is looking to bring another nine on board by the end of the year, said Jeff Tseng , Kontagent's chief executive officer.

To drum up interest, Kontagent launched a worldwide contest in September for potential employees for the Canadian division, with a $10,000 cash prize for the person who does the best data analysis.

"We've already seen hundreds of entries from around the globe. In our view Toronto is a growing epicentre of innovative technology development, and this challenge is putting a global focus on Canada's place in technology innovation," Mr. Tseng said.

"The world's dependency on technology, the pervasiveness of social media, and the need to drive sales and expand into new markets are all driving double-digit growth," Mr. Ferguson said.

The trend is expected to continue, with the U.S. Bureau of Labor projecting that IT jobs are destined to grow much faster than most other fields until at least 2020.

U.S. employers are looking far afield and finding rich veins of talent in Canada, but a countertrend is making Canada an attractor of tech talent, industry advisers say.

"Until recently we were seeing a brain drain, but now there is a growing flow of candidates from the U.S. into Canada as well as applicants from countries facing more financial uncertainty than Canada," said Mike Winterfield, president of Randstad Technologies, the IT hiring division of recruiter Randstad Professionals in Toronto.

Canadian companies are willing to devote a lot of time and effort sponsoring work visas for immigrants to fill roles that are in high demand, such as people who have governance skills or executive-level advisory experience, in addition to their technical capabilities, he said. Among specialists Randstad has recruited to Canada this year are candidates from New York, England and India who are skilled in Java and also experienced in capital markets.

The demand is not just in Ontario but also Alberta, Saskatchewan, and Quebec, said Joanne Boucher, general manager of recruiter Bagg Technology Resources in Toronto.

"Across all industries, as technology becomes more and more ingrained in all aspects of business and as companies look for production gains and efficiencies, the demand for top IT talent is continuing to rise."

That creates opportunity for people in other fields who want to retrain for a career with a technology component, said Mary Lynn Manton, co-chair of the school of information and communications technology at Seneca College in Toronto.

Seneca's two-year diploma and three-year advanced diploma programs have seen a steady increase in demand, with a sharp spike in enrolment from people in business careers who, in the aftermath of the recession, want to retrain in a tech specialty, she said.

Constant career development is a good way to stay on top of the job market by ensuring your skills are constantly in demand, said Robert Howden, an instructor at the Computer Systems Institute in Chicago that specializes in upgrading the technology skills of people who want to change their careers.

Know what these mean?

Technology titles in growing demand and shortest supply, according to a Randstad Canada survey: 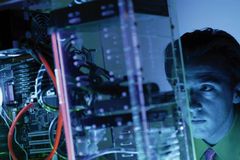 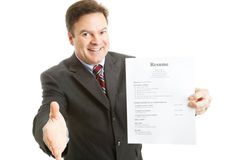 Hunger for workers greatest in the West
September 18, 2012 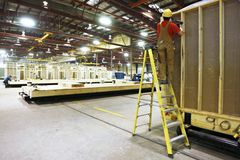 'Transformation' guru takes Cisco from the server room into the boardroom
September 5, 2012 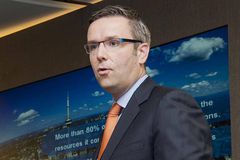