Writers love to ponder "what if" scenarios. For instance: What if women ruled the world, would it be a better, safer place? What if Lehman Brothers had been Lehman Sisters, would the financial crisis have played out differently? What if Hillary Clinton decides that becoming a grandmother sounds like a lot more fun than running for U.S. president?

This week, a new "what if" entered the conversation about women and leadership: What if companies embraced co-gender leadership, meaning men and women share the chief executive officer position as co-CEOs.

The call comes from Barbara Annis, a New York-based diversity consultant and promoter of "gender intelligence" – the idea that differences between men and women should be recognized, valued and leveraged, rather than stifled or glossed over. She made the call in light a recent survey, conducted by Women of Influence and Thomson Reuters, that found female executives are more confident than ever and even outrank men in critical leadership skills.

Ms. Annis said that diversity and inclusion work conducted at many companies over the past few years has produced breakthrough results and it's now time to take it to the next level. Citing German software giant SAP as an example – where Bill McDermott and Jim Hagemann Snabe share the CEO title – she observed a trend toward co-CEOs but adds that male and female co-CEOs could produce a competitive advantage for companies.

Carolyn Lawrence, president and CEO of Women of Influence, a Toronto-based group dedicated to the advancement of professional women, likened male and female co-CEOs to the "ultimate power couple."

"Women and men have incredibly complementary strengths to co-lead a company," Ms. Lawrence said in an interview.

"By tapping into the innate skill set of both genders, their unique management styles and differing insights and perspectives, companies will find that these two roles together are greater than the sum of their parts. They will be able to benefit from the innate differences among men and women when it comes to problem solving, communication, risk assessment and collaboration, just to name a few," she added.

The idea makes business sense, Ms. Lawrence said, citing data from a 19-year study of Fortune 500 companies that showed those firms with the best scores for promoting women were consistently more profitable than their industry median.

While I am all for pushing boundaries, however controversial, the question I keep asking myself is this: Is this doable? Currently, only 23 women hold the CEO title at Fortune 500 companies and co-CEOS are far from common. Even SAP's co-CEO structure is about to come to an end with Mr. Snabe stepping down this month.

So how realistic or desirable are co-CEOS of both genders?

Appointing co-CEOs is widely believed to be fraught with complications. As Donald Feinberg, vice-president of tech research firm Gartner Inc., told The Wall Street Journal, "I don't see how you can have two captains of a ship."

In a separate critique of the co-CEO structure in Fortune magazine, columnist Verne Harnish explained that "Most of the time, these situations blow up. It's hard to share power. Often, the co-CEOs never make it clear who is accountable for what. Then employees may literally play mom against dad when decisions need to be made. This leads to confusion among the team and tension between the co-CEOs."

Power dynamics aside, what if focusing on male and female CEOs is shortsighted? The trend in business is abandoning such a narrow description of diversity that focuses primarily on visible differences and moving toward a concept of bringing together a broader range of viewpoints.

Patsy Doerr, global head of diversity and inclusion and corporate responsibility at Thomson Reuters, said that roles such as hers have evolved by adding the word "inclusion," in part to move away from the narrower definition.

"We tend to focus on gender and race and other more trackable items, but my view on diversity is much broader than that. Companies need diversity of thought, style, experience and approach, as well as race, ethnicity and sexual orientation. It's all about bringing different thoughts and minds and experiences to the table to drive more innovation and bring better business results," Ms. Doerr said.

Ms. Doerr said she supports the idea of co-ed CEOs, although she questions the effectiveness.

"I definitely am a buyer of the concept because I do think, on average, men and women bring very different things to the table," Ms. Doerr said. But whether the theory will work in practice, she said, is "debatable."

There is no question in my mind that diversity at the top improves a company's performance, and that alone makes the idea worth discussing. But for my vote, I'd rather ask "What if more women joined the executive ranks, period?" rather than push a high-risk strategy that appears more provocative than practical. 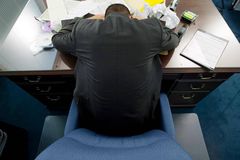 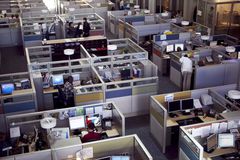 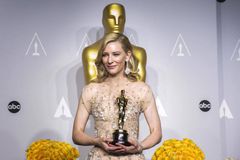 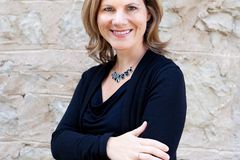