I may have to say good-bye to coffee. Not the caffeinated beverage, but the activity of "having coffee" to network with a potential business associate.

Enjoying a cup of java while engaging in stimulating conversation is one of my favourite activities, especially enjoying an iced caffeinated beverage on a patio in the summertime. So why wouldn't I try to turn that into a productive, work-related task?

Yet, after some quick calculations, it appears that these coffee meetings cost me much more than the hundreds of dollars I've spent on the beverage in the past year. It's the reason why, at week's end, I grapple with where my time went. I need to either make the time count, or cut back on these meetings. I decided on the latter.

Few dispute the value of having strong connections and the possible resulting benefits. According to the Harvard Business School, 65 per cent to 85 per cent of all jobs are found through networking. Social (or relational) capital provides value that translates into economic gain for companies and individuals alike.

Yet creating these networks – or even networking effectively – can be challenging and may require more effort than simply having a coffee.

Between social media and live events, it sometimes feels that all we do is socialize and network. According to one report, Americans spend 16 minutes out of each hour on social networks. But it can be difficult to calculate the return on investment for these activities.

Women, in particular, struggle with networking, studies show. They don't always have access to informal, male networks. While a woman may know other working mothers in her company, that might not help her career advance. But a male co-worker might share an athletic interest with his boss and that gives him his boss's ear and access to him as part of a strong informal network.

For example, women's networks tend to be strong but smaller in size while men's broader networks help with their upward mobility, said a 2011 study published in the International Journal of Career Management that examined whether women's networks helped advance their careers. The study found that women often have tighter, smaller networks so they have access to fewer people to help them advance. Men's broader, weaker networks – in which they casually know lots of people – means that when it's time to move forward, chances are there is someone in their network who can help them.

"Women and men tend to network differently," said Anne Day, founder and president of Company of Women, a network for entrepreneurs in the Greater Toronto Area. "For women it is more about building relationships, while for men it is much more transactional."

Ms. Day believes the key to successful networking is listening. Find out what interests the other person and then figure out how to help her, thus opening the door for reciprocity.

"The key to successful networking is developing a strategy of win-win," explains Leigh Mitchell, president and founder of Toronto-based Women in Biz Network. "You should be always thinking of how you can help the person you are connecting with and let the natural progression of how that person can help you evolve. I believe those who help others always win in the long run."

Perhaps an even more daunting obstacle that both women and men face – which brings me back to my coffee conundrum – comes down to a lack of time.

Toronto-based Katy Pedersen, who used to worked for America Online in a product management role and is currently between jobs, laments the lack of networking opportunities during proper business hours.

"I struggle to network because of my family obligations," she said. "My husband and I both have, or had, incredibly demanding careers. We'd run home from work for two hours with our son before his bedtime, and then both of us would be back to work at 8 p.m. to wrap up our respective days."

Ultimately, the strength of networks – digital or physical – comes down the strength of individual relationships. I may have more than 1,200 LinkedIn contacts, but I'm not sure how many I could turn to if I needed

"[Networking] is not about how many business cards you collect," Ms. Day said. "I would rather chat to two or three people and get to know them than flutter around the room trying to connect with lots of people."

Successful networking comes down to finding the right platform where you can find ways to connect and assist others, while articulating your own goals and needs. The recipe will be different for each person, but it needs three parts: Connect, get support, reciprocate.

You can do this over a cup of coffee, but it may not give you the break you need.

Leah Eichler is founder of Femme-o-Nomics, a networking and content portal for women. E-mail: leah.eichler@femme-o-nomics.com 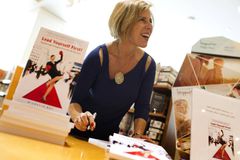 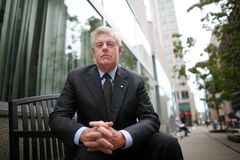