Going to work should not feel like girding for battle every day. Yet, in some organizations, workplace conflict is so entrenched that employee well-being and productivity are noticeably affected.

And by the time organizational psychologist Rebecca Schalm is called in, healthy competition has often turned cutthroat and the situation has deteriorated beyond the leaders' ability to manage it in-house.

Dr. Schalm has even been asked to advise business schools on how to help MBA students behave in a more collaborative and collegial manner. "I sometimes get called in to work with a completely dysfunctional MBA team." As is typically the case in the real world, they don't get to choose the team they have to work with on term projects and conflicts emerge.

"I go in and do a triage to get them at least to finish the semester together," said Dr. Schalm, founder and chief executive officer of Vancouver-based Strategic Talent Advisors Inc. and former senior vice-president and chief human resources officer at Finning International Inc.

There is potential for conflict in any workplace – competition for resources, jockeying for a plum assignment, strongly held views, disagreement over a proposed course of action. None of that is inherently bad. But when the conflict becomes destructive, it's a problem that many of us – CEOs included – don't always handle particularly well, if at all, Dr. Schalm said.

"I think one of the challenges with why we struggle with conflict is that we often don't have the skills to be able to get out of it. You have people who avoid getting into conflict because they don't know how to extricate or resolve the conflict, so they are just busy ignoring [it] … they don't want to get into an uncomfortable state."

However, demand for professional development and training in these skills is growing.

A recent webinar on managing workplace conflict, sponsored by Charity Village, attracted more than 3,000 registrants from Canada's not-for-profit sector. At Calgary's Mount Royal University, visiting instructor Winston Blake draws students from a wide range of business backgrounds to his course on managing conflict in the workplace. Enrolment has been boosted by the downturn in the energy industry, with an influx of students who feel conflict-management skills will give them more of an edge in a tighter job market.

"I think there is finally that recognition that workplace conflict does damage productivity, there is no question about that. It damages healthy relationships. It's a real problem when people find themselves in a [work] environment and saying, 'I don't want to be here,'" Mr. Blake said in an interview.

Mr. Blake, who also teaches schoolchildren conflict-management skills in his role as executive director of the Restorative Action Program in Saskatoon, said better listening and communication skills – and measured responses rather than knee-jerk reactions – can go a long way to reducing the level of conflict, even in situations where people agree to disagree.

"Understanding the issue or problem doesn't mean you agree with that [alternate] point of view, or that there is 100-per-cent buy-in," Mr. Blake said.

Workplace coach Eileen Chadnick, guest presenter of the Charity Village webinar, said "anyone in today's work force can benefit from a robust level of skill, confidence and know-how in dealing with conflict, real or perceived."

Conflict means different things to different people, said Ms. Chadnick, founder of Toronto-based Big Cheese Coaching and Chadnick Communications. "It could be as benign as an e-mail that came in that appeared to have tone, if you will."

Or it could more serious – the product of an environment "where we are afraid to speak up, there is too much jockeying, there is a winner and there is a loser."

However, Ms. Chadnick said she believes a lot of workplace conflict is the unintended result of poor or clumsy communication rather than mean-spiritedness. In today's fast-paced work world, conversations are often too rushed, which can lead to misunderstandings.

Rather than automatically firing back in response to an apparent attack, Ms. Chadnick suggests that employees at all levels, from the front line to the C-Suite, follow up for clarification if there is any doubt or confusion about what was meant by a comment, memo or workplace development.

It's about changing the culture "one conversation at a time."

Opportunism or trust? A better way to keep commitments
March 24, 2016 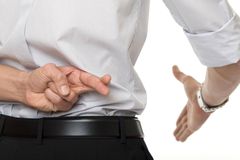 How jellyfish can improve your meetings
April 14, 2016 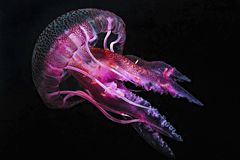