"If I had asked people what they wanted, they would have said faster horses."

That well-worn quote – often attributed to "horseless carriage" maker Henry Ford – comes to mind as the way we transport both ourselves and the things we consume changes before our eyes.

On one hand, we have the war between the taxi industry and Uber; on the other, we have auto makers selling cars with autopilot capabilities. Drivers of all sorts will lose out if, in the next 10 to 15 years, a driverless, Uber-dispatched vehicle picks up your kids from school. While we all crave innovation in order to ease our lives and spur progress, it would be great if that progress not only created more wealth, but more jobs. Unfortunately, this won't be the case for those in the business of working behind a wheel.

"It's the tip of the iceberg," David Ticoll, Distinguished Senior Fellow at the Innovation Policy Lab, part of the University of Toronto's Munk School of Global Affairs, said of the Uber-taxi brouhaha.

Driverless cars won't just mean fewer of us will be driving our own cars, Mr. Ticoll said – many of us will stop owning cars entirely.

"It's conceivable that in the next 15 years, 30 per cent of all trips in major Canadian cities will be done through an automatic vehicle not owned by the person taking the ride, and it's nearly a certainty that even cars where drivers play some sort of role will have safety features that will take over at some time," Mr. Ticoll said.

These developments will transform employment in three major ways, he explained.

In the case of taxi or truck drivers, we may see automation replace human labour entirely. In Canada, the jobs of about 300,000 transport truck drivers and 50,000 to 60,000 taxi drivers are at risk of being eliminated, Mr. Ticoll said.

But that's not all. Certain non-driving jobs may also become redundant, he said. For example, traffic police may not be needed when vehicles become safer. Since driverless car services will be owned by companies such as Google and Ford, they will probably carry their own insurance, which could have an effect on auto insurance companies.

Finally, vehicle automation will make certain business models redundant, Mr. Ticoll said. Since many of the driverless cars being developed are electric or hybrid vehicles, that will put downward pressure on the price of oil and gasoline, which could reduce jobs in Canada's energy sector. It will also affect the auto repair and maintenance sector – a major source of revenue for car dealers and a job creator.

"There are many fewer moving parts in [automated vehicles] that require less maintenance. The automotive sector, from manufacturing to the dealership to leasing to rentals – their business model is challenged," Mr. Ticoll said.

While in the past, automation has often opened the door to new and different job opportunities, the major global car companies aren't developing these innovations on Canadian soil, so jobs created from this new approach may not be fully realized locally.

"Software is eating jobs; it's not just vehicle automation, it's happening in every sector. We'll have to deal with a future with just less employment, period, and we have to figure out as a society what to do about that. We'll have low-skill jobs, but they won't pay very well," Mr. Ticoll said.

While the threat of automation on jobs is nothing new, the pace and impact of today's innovative technologies is clearly accelerating, observed David Wolfe, a professor of political science and co-director of the Innovation Policy Lab, where he is a colleague of Mr. Ticoll's.

"If you go back to the Industrial Revolution, automation has always destroyed jobs but has replaced other jobs. The question is, this time will it be different in a material way?" Prof. Wolfe said.

"There clearly is something different going on. Machine learning, or artificial intelligence, is probably the most radically different, and what's not clear is whether it's going to be totally job-destroying, in the way previous waves of automation have not been," he said. A big concern, he added, is whether or not automation will destroy jobs requiring reasoning and analysis.

Regardless of how we may feel about it, change is happening. Ford Motor Co., the groundbreaking "horseless carriage" company founded by Henry Ford in 1903, said that this year, it is tripling its number of autonomous test vehicles. Last week, Uber said it had poached a top Ford executive to develop self-driving car technology.

We aren't getting faster horses but an entirely new animal – so let's be sure that our job-creation strategy offsets the job losses stemming from the technological progress we're about to make, like it or not. 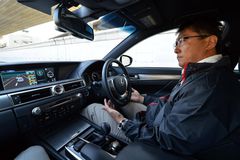 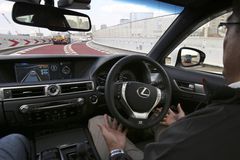