In April, as University of Victoria English professor Janelle Jenstad prepared to make the best use of her coming summer break from teaching, she came across Globe Careers' online Balance scorecard and questionnaire, and decided to give it whirl.

As she edged through the step-by-step questions about her work-life balance, it crystallized her thinking, prodding her to focus on the most important factors and pick between them on what to emphasize in each of the next thee months. Now, her summer over and in retrospect quite successful, she plans to share the questionnaire with her new graduate students in the time management class she always gives to those recruits as they flow from the relatively structured life of undergraduates to the more unstructured, and thus potentially thorny, life of a graduate student.

The scorecard and companion questionnaire are designed for a regular check-up by readers, a diagnostic to check their work-life balance and also figure out how to get on a more even keel.

(If you're interested in taking this quarter's checkup, both the Scorecard and the Questionnaire can be found at the end of this article. Please feel free to share with us some of the more difficult issues you're facing. If you're willing to talk with us for future stories in our Balance column, please leave contact details.)

Prof. Jenstad notes that professors work 60 to 70 hours a week during the academic year, their life a swirl of teaching classes, preparing for those classes, marking, and meetings. They crave the unstructured time from May through August, when they can delve into various research projects, but the danger is that the precious time can slip by if they don't develop sensible strategies.

In her case, she was struggling in April with two factors creating stress: More responsibilities than she could handle comfortably at work, and two pre-school age boys who never seemed to stop moving and were quite demanding at bedtime and during the night. Asked by the questionnaire what she could do to mitigate the damage, she responded: "Wait for boys to grow up and out of current phase. Enlist their father's help more. Scale back expectations for house and yard to spend more time with children."

The questionnaire then asked for the three factors in both her work and life that were negatively affecting her recent work-life balance. Her response was: (1) tendency to take on too much; (2) overestimating my capacities (or underestimating the amount of time a job will take); (3) sleep disruptions due to children's needs.

As she proceeded, with the prompting of the questionnaire, to address those questions, she began to formulate solutions and put time frames on when she would start her three major strategies. Little did she know at the time that the pressures would soon escalate: Funding for a major project came through from the Social Sciences and Humanities Research Council of Canada, and she would be hiring three assistants over the summer and two more in the fall to help put together an ambitious digital map of 16th century London, identifying major locales and linking them to texts about people, places and events in that era.

As she faced the summer, she thought about the time available to her. It was essentially 8.5 hours a day, the time between dropping off and picking up her two children from daycare. She might add in more work later, but that couldn't be counted on. The children were very active, and from 5 p.m. to 8 p.m., at least, she would be busy with her kids, perhaps even longer since they tend to drag bedtime on and on. Her only wiggle room was early morning and late night, and often she would be too tired then, because the children would wake her overnight – she had not had an unbroken night's sleep since her first child was born. "The quiz made me see that I have a lot of anxiety about the children sleeping at night," she recalls.

She resolved to encourage the kids to go to bed by themselves. That included the idea of a sticker chart she and her husband installed, where the children could win a prize after gaining stickers each day for doing so, which helped until family vacation revived old patterns. But they persisted, and they've made progress.

She also had anxiety about her many work committees and projects she had agreed to help with. "Saying no is hard to do. We're inclined to say yes and be helpful," she notes. It's also flattering to be asked. But she decided to consider what was important to her, and decided to restrict herself as best as she could to projects that take scholarship into the community, a passion of hers. She also tried to scale back house and yard work, notably weeding the extensive gardens they inherited when they bought their latest home. She and her husband took out some flower beds this summer, and she gave the garden less time.

She discovered that if she didn't fold the laundry immediately and let it linger, family members would pick out what they wanted and she ultimately folded less. As she built her new team for the grant work, she learned to delegate more to them. And she hired an assistant who is a crackerjack organizer to help her organize her home and office, which had been bedevilling her when she filled out the questionnaire.

The summer worked out, and progress was made on the challenges she was facing. When we are stressed, she notes that the precipitating causes can seem inchoate, but the quiz kept forcing her to identify them specifically, and develop possible solutions. "It helped," she says. "I'm recommending it to my students."

Karen, who asked that her name not be used because of labour negotiations at the university where she is a sessional instructor, also spotted the questionnaire in April, when she was overwhelmed with end-of-term marking. Professors, she says, are like accountants at tax time, but with two seasons, April-May and December – which mark the end of the semester when the work is very intense.

She felt she needed to pursue some hobbies beyond work and family. She decided to work out more at the gym, but that hasn't worked out so far. She bought new running shoes but says "I pulled every muscle in my body." She intends to try again.

She has, however, returned to the piano, something she essentially gave up as a youngster, although she dabbled as a parent when her daughter was in a Suzuki piano program. "I slayed the dragon of being booted out of piano at age 10, and am enjoying it again," she declares. She made progress on a textbook she was writing over the summer – she's not finished, but did what she had to do and maybe more. She also vowed not to fall behind as much in marking this term, and so far is faring reasonably well. "Interestingly enough, the answers to the questionnaire were stuff that I knew had to be done. But it helped to write it out and make it clear," she says.

Here is the Scorecard:

And here is the questionnaire: 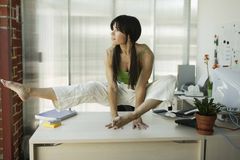 Stressful September: Coping with the change of pace
September 19, 2012 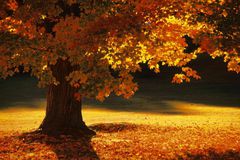 When balancing work and life is a real pain
September 13, 2012 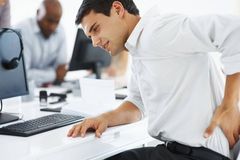 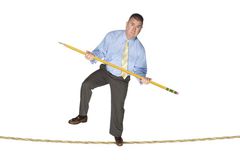 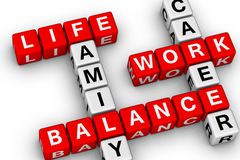 Do you pay the steep price of commuting?
May 31, 2012
Follow us on Twitter @globe_careers Opens in a new window
Report an error Editorial code of conduct
Due to technical reasons, we have temporarily removed commenting from our articles. We hope to have this fixed soon. Thank you for your patience. If you are looking to give feedback on our new site, please send it along to feedback@globeandmail.com. If you want to write a letter to the editor, please forward to letters@globeandmail.com.
Comments