When a group of researchers more than 65 years ago started a landmark longitudinal study of heart disease by studying residents of Framingham, Mass., they weren't quite sure where it would lead. Much of what we now know about heart disease comes from their work, including the importance of a daily Aspirin for those with heart issues.

Two years ago, Google Inc. decided to emulate that research by beginning a long-term study into work-life issues among its employees. "What's the daily Aspirin of the workplace experience?" asks Jennifer Kurkoski, who manages the People and Innovation Lab at the Mountain View, Calif-based company, which carries out applied research in human resources.

Ms. Kurkoski notes that it is uncommon for companies to tackle applied research in HR. But Google prides itself on its scientific approach, and often there was moaning about the lack of data on workplace issues. So the firm decided to start collecting data, and see where it led over time.

The study is intended to decode the DNA of working at Google, so it's known as gDNA. It is hoped that, in the short-term, insights might emerge on how to improve well being, cultivate better leaders, and improve engagement at work. Also on the list would be how happiness affects work and how work affects happiness. The study surveys 4,000 staffers, originally chosen randomly, twice a year, and takes about 20 to 30 minutes to complete.

Tech workers are thought to be superb at blending various facets of life, moving seamlessly from work to personal matters and back to work. They blur everything together, and are happy doing so – indeed, for them, that's supposedly the way life should be. So the most dramatic finding so far is that is far less true at Google than commonly thought.

Nearly one-third of employees, 31 per cent, are "segmentors," drawing clear boundaries between different aspects of their lives. At home, they don't want to think about work – and generally don't. The remaining 69 per cent are "integrators," for whom work is a constant presence. They are checking e-mails, always keeping abreast of the latest from work. They fit the stereotype. But many of them are not happy with this behaviour. More than half say they want to get better at segmenting work and life. "People would like to be segmentors but end up being integrators. That mismatch can be stressful," Ms. Kurkoski said.

She was surprised by the results. She insists it's not an external pressure to work, but internally generated. Still, it's troubling. "We hire talented, passionate people to take on challenges that matter. We don't want them to burn out," she said.

So the discovery has led to some experiments in a company that likes to experiment. The idea is to help people segment when they are struggling. A Dublin Goes Dark program was tried in Ireland, in which staffers were asked to leave their devices at the front desk when going home for work at nights. Signs of stress in the evening diminished.

Recently, the Toronto office began a program to promote not sending e-mails on evenings or weekends, unless an emergency arises. People aren't penalized for sending e-mail, but it is discouraged. So far the results are encouraging, and the policy will remain in place.

In the Waterloo, Ont., office, which is devoted to development, No Meeting Weeks are held, allowing staff to focus on other work without time siphoned off to gatherings and the many tasks they spawn. That decreases the chances employees have to take work home that week to keep up with everything, allowing for a more segmented lifestyle.

These programs are not radical – they are being tried elsewhere – but the company is also aware that it can't test ideas that might be harmful. "These aren't subjects in an experiment. These are my colleagues," Ms. Kurkoski said.

Another important finding was the importance of gratitude. Google is known for its many workplace amenities. Employees receive free meals – in Toronto, for example, company-paid breakfasts and lunches are supplied, and any leftover food is repackaged for individuals who want to take it home for dinner. Employees can drop off their dry cleaning in the office and in some locations, there are washers and dryers for laundry. Gyms are available on the Google main campus in California and employees can schedule a massage at work. In Toronto, there are karate classes at lunch hour and yoga classes at 5 p.m. These have been viewed as corporate perks, but also as something that helped with work-life balance, easing pressures on the home front.

But the study found that after the first few months, employees become habituated to these amenities, taking them for granted. And individuals who showed less gratitude tended to be less satisfied at work. So Ms. Kurkoski said the researchers are wondering how they might remind individuals of things to be grateful for, which might increase their satisfaction with work and life – and overall happiness.

These are first steps. It took many years for the Framingham heart study to have a big impact. But the finding about the desire for segmenting among these tech workers, defying expectations, is obviously highly significant, and more is likely to come.

How losing a baby gave rise to a business about quality of life
April 24, 2014 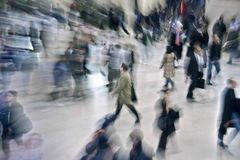 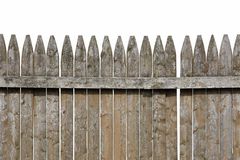 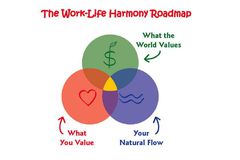 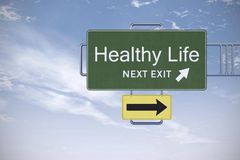