As early as when I was in grade school, my parents and their contemporaries – card-carrying members of the boomer generation – warned, or rather boasted, that my generation would never earn as much as theirs. While I think it's too early to render a verdict in my particular case, as a general observation they seem to be right.

A recent smattering of data analyzing salary trends appears to reinforce this perspective that we aren't – broadly speaking – taking home a significantly higher salary. Yet, if you read between the lines, we are better off for it.

In Canada, the average salary is expected to increase only 3.1 per cent in 2014, a slight dip over the past few years, according to human resources firm Mercer. When you factor in inflation, that's not much of an increase.

In the U.S., a survey by global talent firm AON Hewitt shows that base pay can expect to increase 3 per cent in 2014, the highest since 2007 but still far below prerecession levels.

In both reports, various trends continue to replace straight-up salary increases, such as targeting top performers with bonuses and enhanced reward programs. According to the AON report, 90 per cent of companies polled said they offered performance pay to reward their highest achievers and expect to spend 12 per cent of payroll on variable pay, basically performance-based rewards, up significantly from a decade ago.

In addition, many companies are investing in a variety of non-monetary employee engagement tools that encourage work-life balance, such as flexible hours, career planning and sabbaticals.

In fact, this trend of companies turning toward intangible benefits instead of cold, hard cash is exactly what we Canadians have been asking for.

According to a report this week from Hays Canada, 71 per cent of Canadians would take a job with lower pay if the company had the right reputation, offered other benefits, and provided assistance advancing their career. Forty-three per cent would take a 20-per-cent cut in base salary to potentially earn more through performance-based bonuses, the survey said.

Professionals want more than just an income, explained Walid Hejazi, an associate professor at the University of Toronto's Rotman School of Management, who tells his MBA students that if they love their job, "they'll never work a day in their life."

Increasingly, employees value happiness or fulfilment over other measures, such as base salary. He finds it telling that Canada ranks sixth on the United Nations-sponsored global happiness index, and said that the most frequent work-related complaint he hears in Toronto relates to the traffic rather than the work itself.

"We are in a better environment right now than we were 30 years ago, largely because of the quality of life [here in Canada]," Mr. Hejazi said. "If you factor in health care, our standard of living today must be higher than our parents."

Increasingly, employees want more than a salary and more companies are willing to give it to them, said Mr. Hejazi, who references high-tech firms like Google Inc., where employees can engage in relaxing activities and eat for free at work.

"Companies are not giving people benefits as a substitute for income. They are giving them benefits because they want them to be happy and give them space to be creative," he said. "It often results in more productive employees, which results in better outcomes for the company."

This is encouraging in most respects. After all, the reason you want money is to have your basic needs met and to feel rewarded, satisfied and valued. However, there is a widening gulf between those who are educated and work in well-paid occupations, and those in jobs with dwindling demand, pay and security. Perhaps that's why the next generation is focusing more on things that contribute directly to fulfilment, rather than pay to provide the same sense of satisfaction.

"I believe the new generation of workers seek an entire package – training opportunities, global exposure and flexible work options. It is no longer just the amount on your paycheque," said Jane Nayagam, vice-president of human resources at American Express Canada.

The current expectations of Generation Y are vastly different from those of their parents, she said. Flexible work hours and access to resources that can help them maintain a healthy lifestyle remain consistent requests that you wouldn't hear to the same degree from their parents.

Ms. Nayagam advises employees to ask questions and get a greater understanding of the breadth of services offered to them by a prospective employer. Companies also need to stay on top of the changing needs of their employees to ensure they feel more valued.

For most of us, that value doesn't always come with a hard-and-fast price tag. So take that, mom and dad. We may earn less, but we're probably better off for it. 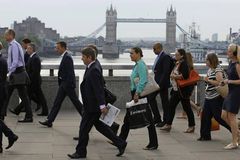 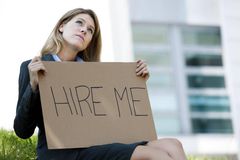 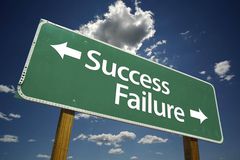 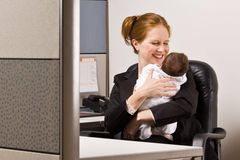 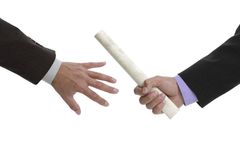