Holiday requests are usually routine but sometimes they become magnified in intensity because we worry the boss will be unaccommodating. Perhaps we're thinking of a March break trip that is a little longer than the norm, and the project we are overseeing must be completed by April 1. Or this summer, we'll need four weeks for a family wedding abroad that needs our full attention.

Often, during such difficult conversations, we become meek and diffident. We provide the request but without any supporting explanations. We're not clear or direct. It's almost like we're inviting the boss to turn us down, and given that approach, we might well get that result.

Alternatively, we're all fire and brimstone, unbending, demanding our rights. In a Harvard Business Review blog post, she told of a woman in a university research office who had waived enough vacation time to accrue four weeks' worth of time owing in order to travel abroad for a long-planned family wedding. The family was insistent that she take the time off and she felt she had no alternative. She figured by earning the time quietly, she would be bulletproof when she made the request, since legally she was entitled to the vacation.

But she also knew it came at the worst time of year for her office and such an extended leave was highly unusual. Her manager, naturally, felt ambushed, and became indignant. She felt undermined. In the end, the request was denied, she ignored that decision and went anyway, never returning to the organization.

"It could have been resolved. But everyone dug in," Ms. Weeks noted in the interview. As a result, everyone lost.

Difficult conversations invariably have an undercurrent, bringing back memories of tense ones from the past – whether with parents, school principals, or toxic colleagues. "It's all one big basket of awful," as she put it in the interview. We're on edge, not approaching this as its own situation – an everyday situation.

As with most conversations, we need to think of the other party – his or her needs and problems. If you know your counterpart is always pressed for time, don't begin with a windy, breezy, "How are things going?" introduction. Get to the point. Remember that being nice and polite out of nervousness can sometimes be slow and irritating to the other person, and counterproductive. At the same time, she warns that bluntness can seem demanding.

To set the stage for the conversation, sketch out your manager's perspective. "It is likely that your vacation request is one piece of a larger puzzle that has to fit together. Your boss has competing needs, like meeting incremental deadlines and co-ordinating your time and your colleagues' time simultaneously. She may be dealing with issues of precedence, such as a longer-term employee who has asked for vacation time that overlaps incompatibly with yours. In fact, she may be juggling multiple out-of-office requests, not just for vacations, but for professional development, conferences, and trade shows, too. Taking her perspective into account helps you plan a request that's easier for her to grant," she wrote on the blog post.

With that in mind, have some reasons ready – not points to argue over, but helpful explanations that the boss can use with others who may be involved in your vacation request, whether other executives or your colleagues who may feel aggrieved. The boss may want to be accommodating but be worried about setting a precedent. Make it easier to find a solution.

To help, you could ask: "What part of the request is difficult to accept?" She notes that you may want two weeks off but also the Friday before and the boss's hesitation is simply because of something that has to be done that Friday. Maybe you could do it beforehand, or leave late Friday afternoon. If those factors don't get teased out and become part of the conversation, the situation may not be resolved.

She has what she dubs "hip pocket" phrases for maintaining an even keel in potentially upsetting conversations. An example might be that you have been away sick for a while and now almost immediately need vacation time. From your hip pocket, pull out this question: "On a scale of one to 10, how tough is this request for you?" The supervisor may respond that the amount of time is easy, a zero, but after you have been away for so long, explaining its timing to the team is an eight. Now you can work together on that issue.

Another hip pocket phrase: "I thought this through. It seems workable to me. How does it look to you?" Again, that can defuse tension and make the discussion more productive. "It's better to create a normal conversation instead of a battle," she said.

She said she's not a Pollyanna but says we should start these conversations assuming the other party has good will and wants to reach an agreement. Then stay cool, as you would in a normal conversation, remembering the guideline of simple, clear, direct and neutral.

The building blocks for strong relationships at work and home
January 27, 2016 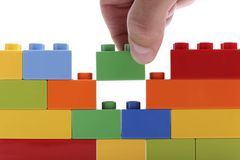