Wellness is prized these days. We want to balance our work and life, ensuring a healthy lifestyle. We try to carve out time for exercise, avoid fatty foods, and shun smoking (and smokers). Positivity is considered a virtue.

But Stockholm Business School professor Carl Cederstrom believes we have gone overboard with our walking meetings, treadmill desks, and meditation classes. "Wellness has become an ideology," he says in an interview – a dangerous ideology because not all of us can live up to the wellness creed and there can be an intolerance towards smokers and people with weight issues, for example. But it's also dangerous because it obscures the fact economic and social factors – and political decisions – can have a much greater determinant on overall health than the individual actions of the higher-income folk who have bought into what he and fellow critic André Spicer, a professor at London's City University, call in their new book The Wellness Syndrome.

The book and ideas owe a debt to two women. The first is former British Prime Minister Margaret Thatcher who, when thinning out the humanities and social sciences departments of universities, led some people so inclined to teach in business schools where a group of critical theorists took root, including the two authors (Prof. Cederstrom spent three years at Cardiff Business School).

The second woman is unknown, other than that she was elderly and Prof. Cederstrom recalls was wearing a nice hat when she accosted him a few years ago at a bus stop. He was then a smoker, luxuriating in that practice while waiting for a bus. He was also looking after a friend's dog, held by a leash. She berated him for smoking in front of the dog. He jokes that he has no idea of what the studies show about the impact of second-hand smoke on dogs nor the chances of the dog mimicking the unhealthy behaviour Prof. Cederstrom was modelling.

But the incident demonstrated how pronounced the wellness obsession is. "I am reacting against the smug, self-righteousness people can have as others around them say: 'Look at me – if everyone exercised like me, the world would be a better place,'" he says.

Slovenian philosopher Alenka Zupancic has called this "biomorality," a moral demand to be healthy and happy. If you're unhealthy and unhappy, Prof. Cederstrom says, the implication is that you have failed morally in some fashion. Not only is that a heavy burden to bear but it's purely individual when good health has social-economic implications. He notes studies show higher-income people are more likely to exercise than lower-income people. People in higher-income districts have yoga studios nearby and supermarkets with chi seeds and other healthy items while those things are less prominent in poorer districts.

He points to Congressman Paul Ryan, the Republican vice-presidential candidate in the 2012 U.S. election, who presented an anti-poverty plan a few years ago in which poor people were to be helped by having a life coach who could help them develop an opportunity plan. "That's complete rubbish. Poverty is not an attitude problem. It comes from something else," he says.

In Britain, there is talk of hospitals taking less responsibility for health care and corporations playing a greater role. But he wonders what happens to the self-employed? British Prime Minister David Cameron has mused about forcing overweight people receiving social benefits to exercise or forfeit their government money. In Sweden, some employers are making exercise compulsory during work time, which he argues could mean people who decline this opportunity will be punished in their take-home pay.

We are often out-sourcing intimate aspects of our life to coaches, sociologist Arlie Russell Hochschild has noted. We are caught up, she says, in a circular quest for perfection, where to pay for more advice we need to work longer hours. A happiness doctrine runs through many self-help books. Happiness is considered essential to success. But his book suggests as that notion takes hold in business it can obscure the fact that conflict is between labour and management sometimes legitimate.

People are now adding their exercise successes to résumés, noting the marathons or triathlons they have participated in, as our wellness obsession implies that means they will make better employees: More vigorous, more disciplined. If you are a healthy person exercising you are assumed to be a committed, effective employee. If you smoke or are overweight, beware.

He's not anti-exercise. He plays tennis and runs. Prof. Spicer runs marathons and has been trying mindfulness meditation. It's the smugness he is rebelling again, and the trend to make these activities a social imperative, while ignoring the social-economic factors working against health. 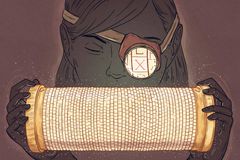 Meditation at work? Think deeply about it
August 27, 2015 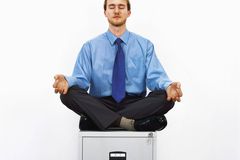 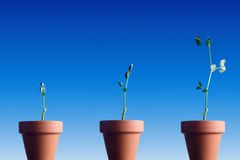