A year, in business terms, is never really a year. It is punctuated by short spurts of intense activity, such as the time between Labour Day and mid-November, when the business world appears to be in hyperdrive.

Compare that with August, the lazy half of summer. You can find people at work, but for every worker with their nose still to the grindstone, it seems there are five who are dipping their toes into the refreshing waters of the Canadian North or wandering somewhere in Europe.

I'm not knocking holidays – they play a critical role in business success – and I intend to take some time off one of these years. Yet, part of me absolutely dreads the second half of summer. As the days tick off to Aug. 1, my anxiety level heightens as I worry about contracts not getting signed or projects languishing until after Labour Day.

I'm not speaking as an ego-driven workaholic. For all startup entrepreneurs, time is money, and money is the root of success, and success is, well, the obvious goal.

While this dormant period can seem challenging for entrepreneurs, it can be deadly for job seekers. How do you cope when you're job searching in the thick of summer's silly season? The answer is adapt.

"August is known to be the time where things come to a lull in the capital markets industry," acknowledged Jennifer Reynolds, president and chief executive officer of Toronto-based advocacy group Women in Capital Markets. Vacation schedules make it challenging for companies to move hiring decisions along internally and decisions often get pushed to September.

Ms. Reynolds said that in the financial industry, there tends to be a lot of movement among personnel after bonuses are paid; the fall and winter months are when many start considering new opportunities.

However, summer is the perfect time to launch a networking blitz by setting up informal coffee or lunch meetings to learn more about a company and any upcoming opportunities.

"With the summer slowdown, people tend to have more time for these types of networking meetings," she said.

Lori Sone-Cooper, vice-president of human resources at HomEquity Bank in Toronto, said she advises job seekers to keep in mind that the hiring process can take longer than the company and candidate would like at any time of year.

Her department may be juggling a number of balls at once, including a manager's availability to conduct interviews.

To manage this, Ms. Sone-Cooper advises job seekers and hiring managers to "communicate, communicate, communicate." Be open about your availability and expect the same. In the wrap-up part of the interview, ask when you can expect to hear back considering it's summer, and find out what the next steps are in the hiring process.

If you have holidays planned, tell the hiring company, so they can accommodate you. Most experts agree that admitting to a prearranged holiday will not hurt your chances of landing a job. So, take that week and go to the cottage; just let the hiring manager know.

From a company's perspective, the slower summer months can work to their benefit. Bonnie Langer, senior vice-president of human resources at AGF Management Ltd., calls summer recruitment "a mixed blessing."

"Despite the fact that Internet recruiting takes place 24/7 for 365 days a year, fewer people leave jobs in the summer, in our experience, so there is a lighter load for recruiters, similar to December," she said.

Yet, when openings arise, recruiters find juggling candidates and managing vacations to be a major challenge.

"Managers' vacations seem to be sacred when competing with recruitment, and available technology like Skype has yet to disrupt that. Good recruitment means we know when to move quickly and when to slow down. Needless to say, many hires get completed quite quickly the last week of August as the September 'back-to-school' mentality kicks in for all," Ms. Langer said.

No matter which side of the job-seeking fence you are on, it requires an extra measure of patience during the summer. If landing that new job isn't happening as fast as you'd like, enjoy a few more networking events during Canada's limited patio season, and hang tight until Labour Day. 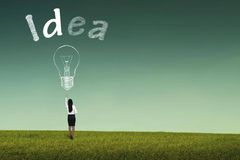 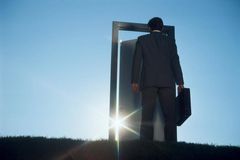 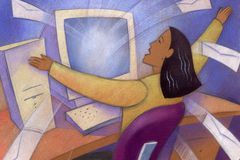 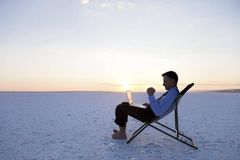