Remember that moment on Dec. 31 when all types of self-improvement seemed within grasp?

Well, it's about 50 days into the new year, which for many of us means it is time to examine how those New Year's resolutions are holding up. Are you eating less, drinking less, working less?

While the truly dedicated may smugly insist that they've stuck to all their goals, for many of us, despite our best intentions, changing our behaviour seems eternally elusive.

The good news is, it's not completely our fault and by understanding how your brain works, you can trick yourself into making better choices, according to Bob Nease, a behavioural scientist and the author of a new book, The Power of Fifty Bits: The New Science of Turning Good Intentions into Positive Results.

The brain, explained Mr. Nease, remains wired for inertia since the part of the brain that makes decisions right now tends to focus on what's pressing and desirable. That's why it's easy to plan to go to the gym every day but then find yourself in the morning hitting the snooze button instead.

The same principle applies to our jobs: Reasonable people know that ignoring a far-off deadline may come back to bite them, but they can't help but focus on the most recent e-mail that arrived in their inbox. Understanding this gap between our intentions and our actions lies at the core of changing our behaviour.

"The brain processes about 10 billion bits of information each second. It's equivalent to the input of the original Ethernet cable," Mr. Nease explained.

In other words, we don't have a lot of processing power to make decisions in the here and now. To really effect change, we need to enable making the right decision as easy as possible. With these limitations in mind, Mr. Nease wrote The Power of Fifty Bits as a guide to changing behaviours based on what we know the brain is capable of.

He also demonstrates how employers can use this knowledge of "50 bits" to improve their employees' habits by allowing them to focus on a task just long enough for it to become routine and automatic.

"The magnificent thing is that much of what we do soon becomes automatic. When we learn to drive a car, we use our 50 bits to do it. It takes everything you got to figure out where to put your foot and when to turn left. Learning takes every one of your 50 bits but when you do something over and over again, those tasks get handed off to the 10 million bits," he explained.

The hiccup with our 50 bits is that it tends to want to focus on things that are pressing or pleasurable. We weigh the present as highly important and discount the future, which is why we procrastinate. It's why we balk when looking at a spider or snake – which statistically kill almost no one – but are not afraid of steak, despite the fact that 600,000 Americans die from heart disease every year.

The first is to outsource hassles that slow you down, like hiring an accountant if you're behind on filing your taxes. The second tactic focuses on changing the present-day stakes. That means making doing the wrong thing today a little more painful, such as agreeing to give $20 to charity for every day you miss a deadline. The third approach relies on piggybacking, or taking something that is not fun today and attaching it to something enjoyable, such as allowing yourself to binge-watch Netflix after hitting that deadline. Ultimately, improving behaviour comes down to making it easier to say yes to the right decision.

Bob Ihrie, senior vice-president of compensation and benefits at Lowe's Cos. in Mooresville, N.C., worked with Mr. Nease when he was the chief scientist at Express Scripts, a pharmacy benefit manager, in order to employ some of the 50-bits logic toward employees on long-term prescription drugs. Before generic versions of the drug Lipitor were available, Mr. Ihrie said they tried to hone their message to get people to switch.

Rather than focus on how employees can save money by buying generics, they emphasized the money they were losing by buying the name brand. Since our brains are wired to avoid losses over pursuing gains, the tactic worked for Lowe's employees.

The lessons gleaned in the book not only work for employers looking to motivate their employees to make different decision, but for professionals trying to overcome their own lethargy. It's a valuable insight into personal decisions as well, such as why you missed the gym this morning or spent hundreds of dollars on Amazon. It will take all of your 50 bits to process the information, but ultimately, it's worth it. 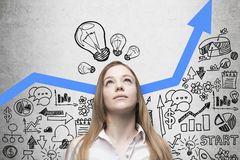 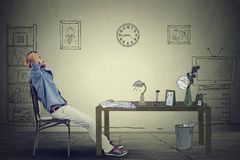 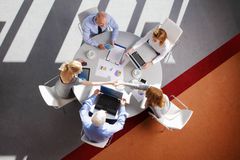