However mad I am feeling in these dark, demented days before Christmas, I keep reminding myself how much worse things could be. I haven't (yet) carted myself off to hospital claiming to have been attacked by a stranger with a screwdriver – only to admit later that I made it all up.

That is what has just happened to Ulrich Ruther, chief executive of a regional German insurer. About 10 days ago Provinzial NordWest put out a brief statement to the effect that the boss had been stabbed with a screwdriver outside the company's headquarters. A few days later there was a second announcement. "The attack had not taken place in the way it was presented," the company said.

It spoke darkly of the damage done to the CEO's family by "turbulence" at the company, which has been a possible takeover target. Mr. Ruther wants this "extremely stressful phase" to end, it said.

In wanting the stress to stop he is not alone. That very same day, thousands of kilometres away, Arianna Huffington was penning a piece for her followers on LinkedIn about her "Big Idea" for 2013: Less Stress, More Living.

The idea, such as it is, involves a two-step process. The first is to recognize quite how overstressed we are; the second is to take the necessary steps to "course-correct." Only then will we find our "centred place of harmony and balance" and "reconnect with our own creativity, wisdom and joy."

Ms. Huffington tells us how, during the national conventions this summer, her Huffington Post staff dealt with stress by doing yoga and having massages, and thus reconnected with their wisdom and joy.

Possibly this helped them; yet I can't see how doing downward-facing dog would have done the trick for Mr. Ruther.

Or for me, come to that. In order for me to "course-correct," I can think of four things that might be of some help, and yoga isn't one of them. Instead they are: a) for my children to be 10 years older; b) for my dad to be 10 years younger; c) for my brain to work faster; and d) for Uniqlo not to have sold out of the down jacket I wanted to buy for my daughter as a Christmas present.

The most impressive thing about Ms. Huffington's "Big Idea" is how she manages to be both platitudinous and wrong at the same time. Otherwise, even the title – "The year we prioritize beating stress" – brings on the fight-or-flight response in me. As does the very idea of less stress and more living.

When I am feeling stressed, the very worst thing I can do is dwell on it. Even saying the word is bad. Indeed, the only reliable cure I've ever found is to spend 30 seconds with my husband. This always goes the same way: I moan about how stressed I'm feeling and he invariably replies, without looking up from his laptop: "What rubbish. You lead an interesting, busy life and you like it that way."

On receipt of this put-down I always feel much better. I realize that I'm not stressed: I merely have a lot to do.

And if the problem is having too much on, the answer isn't a massage – which is yet another thing to organize and arrive on time for – it is to drop some of the things I'm meant to be doing. The neighbour's Christmas party, answering pointless e-mails and making mince pies can all be easily dispensed with.

I don't know what the problem for Mr. Ruther was. The answer could be medication. It could be a different job. It could be to keep on keeping on. Hard to say in abstract.

So here's my big idea for 2013. To wipe out stress in one easy step by banning the word, and thus forcing people to identify more precisely what it is that ails them.

Boozy lunches and Friday golf games: Should I tell on my boss?
December 16, 2012 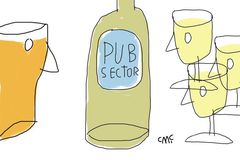 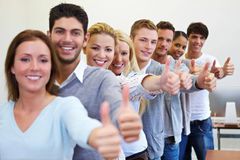 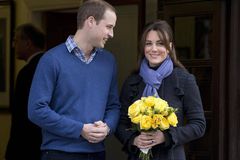 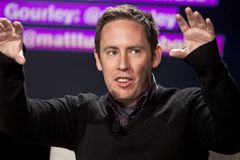 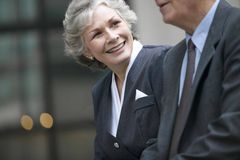 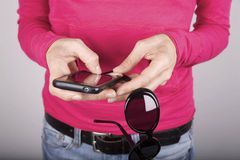