I experienced a huge parenting wake-up call this year when my 10-year-old son starting asking for chores so that he could earn money to eat lunch outside school with his friends.

I panicked the first time he left the school property, watching my phone obsessively for most of the afternoon to make sure nothing went wrong. Until that moment, I had never even left him alone in the house and it took his school's policy of allowing children to leave the building for an hour to show me that I may have been a bit overprotective.

Certainly, I'm not alone and there is an entire generation of "helicopter parents" who are hovering over the most minute aspects of their children's lives. The practice may be harmless, but when it continues into their young-adult years and bleeds into their professional lives, overprotectiveness can hurt more than it helps.

And it happens more often than you think. According to a survey by employment agency Adecco published earlier this year, almost four in 10 American youths age 18-24 involve their parents in their job search in some way.

The most common ways parents get involved include using their personal networks to source job opportunities, researching job listings and rehearsing for interviews. Those all seem like reasonably appropriate roles for mom and dad, but many take it much further. A small number of parents accompany their offspring to the interview and make calls or send e-mails to prospective employees on behalf of their children. And that's where things go very wrong.

Jason Munoz, talent acquisition manager for university relations at Baker Hughes, a Houston-based oilfield services company, has seen instances where parents have not only signed up their children to attend interviews at job fairs, but they have actually attended in their place to gauge whether it's the right opportunity for them.

"I understand the financial obligations that the parents are put in [if their children do not find jobs], but parents need to remember that it's not about them, it's about their children's best interests," Mr. Munoz said. He said he often asks candidates why they chose a particular field of study at university and if they took a course just because their parents told them to, it's an early indication that they are not driving their own career choices, he added.

This is important because, to excel at your work, you need to have a passion for it, and that's not something anyone else can provide. Even when friends ask him to interview their offspring for a job, Mr. Munoz takes note if they are happy coming in. If they aren't smiling, it likely flags a problem.

Parental involvement doesn't stop at the hiring stage; it often creeps into the child's day-to-day work life. In the oil and gas industry specifically, employees are often on rotation, and the company operates 24/7, 365 days a year. Mr. Munoz said he often hears from managers that parents call in after their children are home for two weeks, complaining that they want to see them more or are working too much.

That overinvolvement goes beyond any one industry. Rabbiya Hussain, senior manager of talent management at Adidas Group Canada, said that she often sees how parents who micromanage their children's majors at university often continue by pushing them down a specific career path, never taking into account their children's strengths and interests.

"When they start working, it will boggle your mind, especially in retail, how parents take the lead in discussions with their children's employer," said Ms. Hussain, who has experienced parents calling on their children's behalf when they are sick or are not getting enough hours or even to disagree with a performance review.

The best way parents can help, Ms. Hussain said, is to provide coaching and advice behind the scenes. But even that demands a note of caution.

"What worked for you as a parent in your industry and era won't necessarily translate to your child's work environment, and if you don't understand the difference, you are setting your kids up for failure," she added.

So short of butting out of your kids' lives, what healthy role can parents play in their children's career? Nathan Laurie, president of jobpostings.ca, a online youth employment network, said that parents should offer as many job hunting tips as they can and make as many professional introductions as possible, but that the support needs to end there.

"At the core of it, some parents simply don't allow their children to pursue employment as adults," said Mr. Laurie. While they just want to be helpful, having a parent so involved, shows potential employers that the candidate is not mature enough to handle the responsibilities that come with an "adult job."

So bring on the off-site lunch hour for my son, now that I know it might one day help him land the job of his dreams. 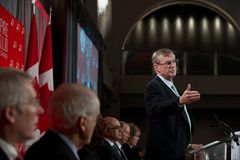 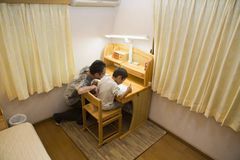 A tech lover’s dare to ditch your smartphone for a day
September 11, 2014 Opinion
You set your kid up for failure? Nice work!
September 1, 2014 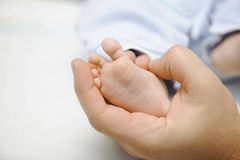