I just returned from a holiday.

This may not seem surprising, given our national propensity to fly south as fast as we can check our winter coats and whip our flip-flops out of carry-on.

Still, it may come as a surprise to my associates to know that I was away. I spoke to them regularly in my virtual meetings, which I held on the balcony of the hotel, in my bathing suit, praying that the Internet connection would remain steady during the call.

It was pretty much business as usual until my team and I agreed that we would not turn on our computers for at least two whole days. I can't remember the last time I did that, and the experience allowed me to do things I haven't done in ages: read a paperback, beat my son in a video game and savour an entire newspaper. Who knew being lazy could feel so good? On my return, I found myself refreshed and more geared up for work.

I soon realized that until this brief interlude, I had considered leisure time a vice. Working 10-hours a day is considered commendable; spending a few hours playing a mindless video game, not so much.

But what if leisure time was rebranded as a virtue? It's a concept that Bertrand Russell extolled over 80 years ago in his essay In Praise of Idleness. Forward-thinking companies are encouraging the use of vacations, especially at a time when Canadians and Americans often don't use their full allotment.

Netflix and Virgin Group offer unlimited days off while companies like Authentic Jobs, a job search website, go so far as to require employees to take a certain number of days off each year. Companies are endorsing vacations but we lowly employees seem hard-pressed to get with the program, locked into our outdated holiday mentality.

"Resting has been mislabelled as terrible when, in fact, if you can't rest, you can't perform. In professional sports, coaches rest athletes so that they can perform at critical levels of their game," Mr. Trougakos said.

We find resting acceptable in sports since it's physical work, but are loath to apply the same principles when it comes to other professions. Without rest, we can't deliver at our peak. So why are we so slow to get on the holiday bandwagon?

According to Mr. Trougakos, the workplace ethos in Western culture has always emphasized increasing amounts of work in an effort to maximize productivity. It took a while to realize that overworking actually produces the opposite effect. Still, we struggle to rid ourselves of this misleading notion.

Even lunch breaks are becoming extinct. A 2012 survey by Right Management showed that just one in five North American workers take a break during lunch.

Mr. Trougakos said it's important to recognize the ramifications of this anti-break sentiment. He points to pop culture images such as the black-and-white photograph of construction workers eating lunch atop a skyscraper or Fred Flintstone yelling "Yabba Dabba Do" at quitting time as a reminder that not so long ago, breaks were celebrated.

The solution, according to Mr. Trougakos, is to ensure that senior leaders endorse vacation time and that employees plan their daily breaks more actively.

"We do a lot of planning, but we don't really plan what we do break-wise during the day. As a result, it's the last thing we'll do and squeeze it in when it's appropriate," he said.

Start by asking yourself what times of the day you need to be at your peak efficiency? When is there a natural lull in your workday, week or quarter? When are you most likely to feel worn out? Plan your breaks accordingly, so that you can derive the most from your time off. If workers can stop looking at breaks as a waste of time and more as a means of recharging their batteries and boosting their performance, the stigma of taking breaks will go away.

So despite it being January, when my instincts typically tell me to kick my work into high gear, I'm also going to be booking my next holiday. I may have my laptop on the beach, but I'll be happy.

How being a rookie could be your best asset
November 28, 2014 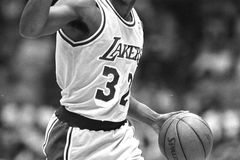 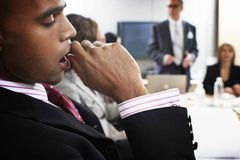